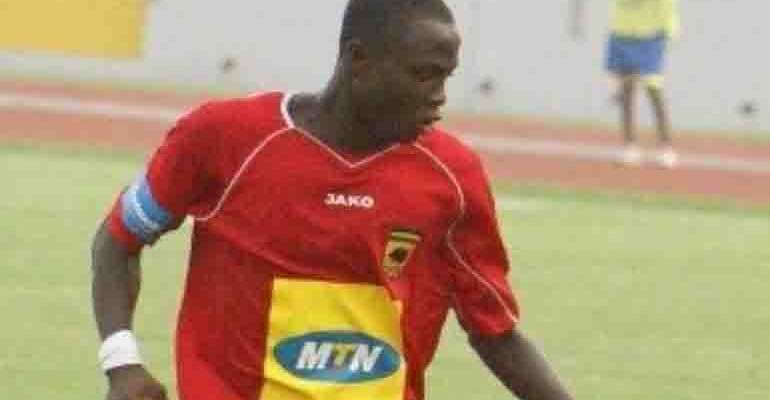 According to Kumasi based Light FM, officials of the are in talks with the 31-year-old to join the club ahead of the 2020/21 campaign.

He made only nine appearances for FC Samtredia during his stint at the club.

FC Samtredia refused him a new deal after failing to live up to expectation during his short stay at the Georgian club.

Kotoko are currently in search for a right-back as a back up for budding talented Christopher Nettey ahead of their Caf Champions League campaign.

The Porcupine Warriors reportedly contacted Medeama SC for the services of Samuel Appiah as a replacement for Augustine Sefah who has been released following the expiration of his contract.

Inkoom arrival at the Kumasi-based club will boost their backline with his vast experience after spending ten seasons in Europe.

Inkoom has capped 46 times for the senior national team of Ghana with a goal to his credit.

He was a member of the Black Satellites squad that won the 2009 FIFA U20 World Cup held in Egypt.