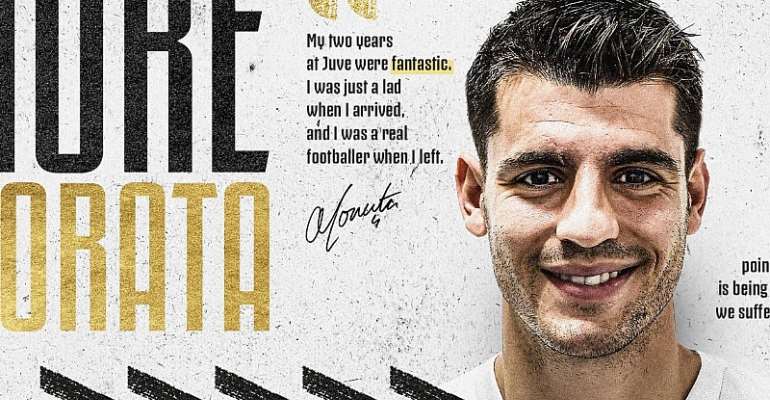 Juventus have officially signed Alvaro Morata on loan from Atletico Madrid for €10m with an option to buy for €45m, but the loan can be extended for another €10m.

The striker had his medical at the Continassa centre in Turin this morning, having flown in from Madrid last night.

A statement released by the Bianconeri confirmed the financial details of the agreement.

Juventus have the option to extend the loan until the end of the 2021-22 season for a further €10m.

If they do that, then the option to buy will be at a cost of €35m from 2022, again payable in three instalments.

He will wear the Number 9 jersey.
It is a return to Turin for Morata, who was already a Bianconeri player from 2014-16.

In that period, Juve paid €20m to purchase him from Real Madrid, with the Merengues paying the €30m buy-back clause.