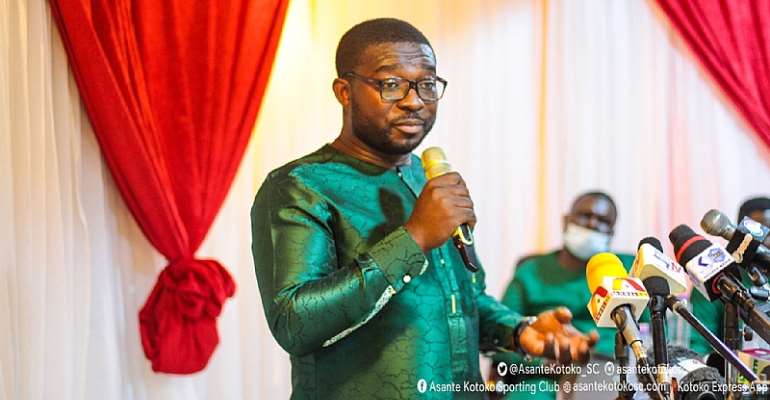 The Chief Executive Officer (CEO) of Kumasi Asante Kotoko, Nana Yaw Amponsah has revealed that the club has secured as many as FOUR huge sponsorship deals.

The young football administrator was unveiled as the new CEO of the Porcupine Warriors club at a ceremony in Kumasi last month. Since then he has been in talks to bring on board sponsorships and partnerships.

At a press conference at the Sports Hotel in Kumasi today, Nana Yaw Amponsah has disclosed that Asante Kotoko has secured 4 sponsorship deals.

“Just under 3 months, we have secured, in principle, about 4 huge sponsorships some bigger than what we have now”, the Kotoko CEO shared.

According to him, he wants to focus on building a solid foundation for the Ghana Premier League record holders.

“My concern is not what should have been done previously but was not. My concern is to build a solid foundation for the future”, Nana Yaw Amponsah added.