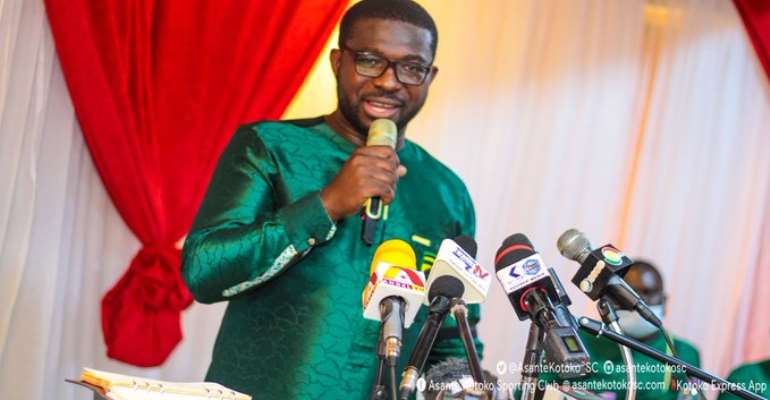 Asante Kotoko Chief Executive Officer, Nana Yaw Amponsah has revealed that some members accepted-salary to work with him.

A new eight management team have been unveiled to steer the affairs of the club for the next three years.

Former Deputy General Secretary of the GFA, Emmanuel Dasoberi, is now the Administrative and Operations Manager of the club, and Eric Twum being the new Commercial Manager.

The Finance Manager role is being handled by ThomaSevordzi with DentaaAmoateng, Akua Pokuaa Kwarteng, Nilo Effori, and David Obeng Nyarko are all part of the new management.

Speaking at the unveiling ceremony of the eight-member management team at the Kumasi Sports Hotel, the 2019 Ghana Football Association presidential candidate lauded his members for accepting pay cut to work with him.

He added that some of them had to take a pay cut of 30%, 50%, and 80% to be able to join this team indicating that they were not joining the club because of money but the love they have for the club.