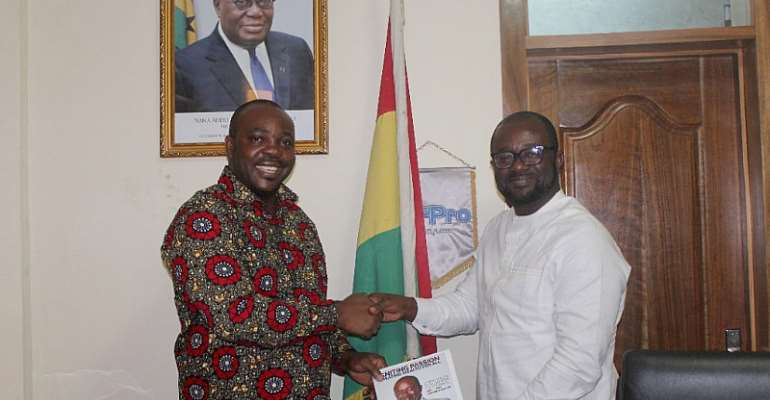 The Minister for Youth and Sports, Hon. Isaac Kwame Asiamah has lauded Kurt E.S Okraku for the job he has done so far since assuming the position as the Ghana Football Association (GFA) president.

In October 2019, the football administrator was elected as the new president of the GFA at an elective congress held at the Physicians and Surgeons Center in Accra.

Set to mark his first year in office next month, there are many that believe Kurt Okraku has failed to bring anything new to the country’s football governing body.

For Sports Minister Isaac Asiamah, he shares a different opinion on the matter. Speaking to Adom TV today, the Minister has noted that the FA boss has done well so far.

“Kurt Okraku is like a brother to me and I think he has done well when he came to office.

“The coronavirus has interrupted their work as FA but he is clearly working to restore the love of football”, Isaac Asiamah shared.

Asked on the monthly and sitting allowances of the GFA president and his Executive Council, the Sports Minister noted that focus should be placed on supporting the association to succeed.

“When he [Kurt Okraku] and the Executive Council fail to deliver, Congress will determine the fate next time.

“I cannot ask why they are being paid such amount as allowances but let’s all support the FA and make sure they deliver for us”, he said.