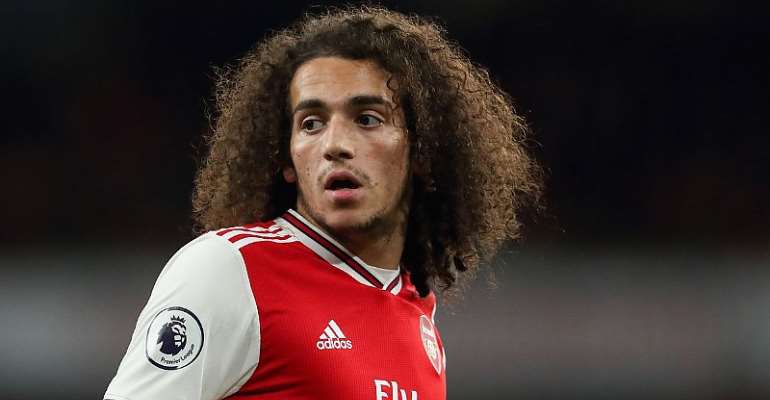 Arsenal midfielder Matteo Guendouzi has handed in a transfer request at the club, according to reports.

The 21-year-old has had a sorry time under Mikel Arteta and has fallen out with the Gunners boss on a few occasions already since the Spaniard's arrival in December last year.

The France Under-21 international has not featured for Arsenal since the ugly scenes that marred the end of their defeat at Brighton in June, but L'Equipe now claim he has now taken matters into his own hands by formally demanding a move.

The midfielder has not featured in any of Arteta's squads for the new season, being left out of the Community Shield victory against Liverpool and the Premier League wins against Fulham and West Ham.

The Gunners have been keen to move Guendouzi - signed in 2018 from Lorient by former boss Unai Emery - on this summer, with Lyon sporting director confirming he was offered to the club in vain as part of the negotiations for compatriot Houssem Aouar.

Guendouzi's problems with Arteta began when he clashed with his boss during a training camp in Dubai in February, after reports he became involved in a scrap with team-mate Sokratis.

Reports in France claimed Arteta came down harder on Guendouzi than the Greek defender which the young Frenchman took exception to, and the tensions reportedly continued at the team hotel with the midfielder and manager involved in a shouting match.

But having worked his way back into the side before the coronavirus lockdown, he allowed his temper to boil over in Arsenal's second game back after the hiatus on the south coast.

At one point he grabbed Brighton's matchwinner Maupay by the throat after claims he was bragging about his superior wages in comparison to his opponents during the match.

Following the loss, the midfielder was called into a meeting with Arteta and Gunners sporting director Edu, in which he reportedly left the duo unimpressed.

Arteta reportedly gave Guendouzi several opportunities, both formally and informally, to apologise for disciplinary matters that saw him exiled from first-team training for the remainder of the season, but he did not seem to take them.

The Spaniard, however, appeared to offer Guendouzi a return to the first-team fold and another chance to make it at the club ahead of the new season, claiming everyone would start the season with a 'clean slate.'

But despite being re-integrated into first-team training after being forced to train alone with a fitness coach towards the end of last season, Guendouzi has failed to make his way back into the side and has now apparently forced the club's hand to leave.

PSG had been among the clubs linked with the Frenchman this summer, but Thomas Tuchel has since declared his side are not interested in signing him.