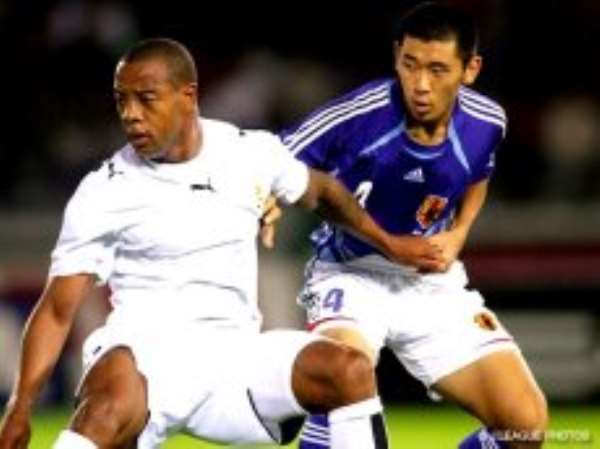 The men's senior national side, the Black Stars after Wednesday's Japan conquest depart Yokohama for Seoul to take on South Korea on Sunday.

Ghana departs Japan Thursday for Seoul where they play South Korea in the last of the two-game Asian friendlies.

Ghana beat hosts and Asian champions Japan 1-0 to lift the 2006 Kirin Challenge Cup at the Nissan stadium on Wednesday.

The Black Stars got the match winner in the second half through substitute, Haminu Dramani to silence the partisan crowd clad in a sea of blue who had filled the Nissan stadium in Yokohama.

Haminu who had replaced Sulley Muntari crashed home at the near post a pullout from the right by another substitute Razak Pimpong to score in the 72 minute.

The game was the first for Frenchman Claude Le Roy, who made his debut as Black Stars coach.

The Black Stars on Sunday will play South Korea's senior national side.

Ghana beat the Koreans in their last game prior to the World Cup.