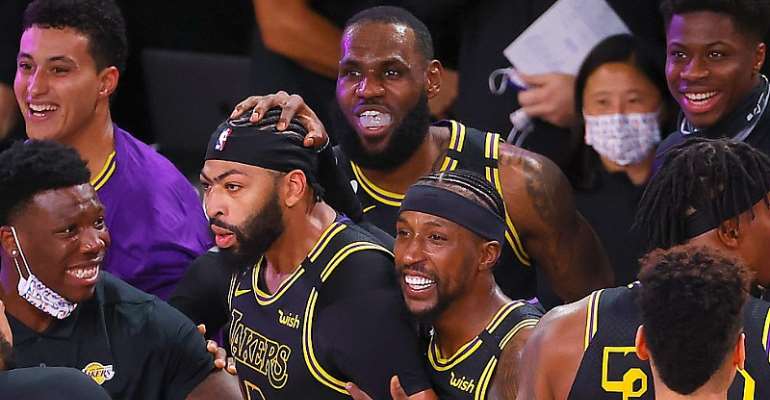 Forward Davis scored the Lakers' final 10 points of the game, with 22 of his total 31 coming in the second half.

"Especially in a situation like that trying to go up 2-0 against a special team, who are great competitors and [fought] for the entire 48 minutes.

"To do something like in the jerseys we wore tonight makes it even more special."

LeBron James added 26 points and 11 rebounds for the Lakers, who blew a 16-point lead in the third quarter.

Jokic had put the Nuggets 103-102 ahead with 20.8 seconds left on the clock, and when the Lakers' Alex Caruso missed a three-pointer with 6.9 seconds remaining, it looked as though the Nuggets would level the series, before Davis sunk the winner.

"It's not about making the shot," said James. "It's about having the belief with just taking it for one and living with the result."

Game three of the best-of-seven series takes place on Tuesday.

In the Eastern Conference finals, Miami Heat lead the Boston Celtics 2-1 with game four on Wednesday.

Akufo-Addo will have no choice than to assent to Anti-LGBTQ ...
33 minutes ago