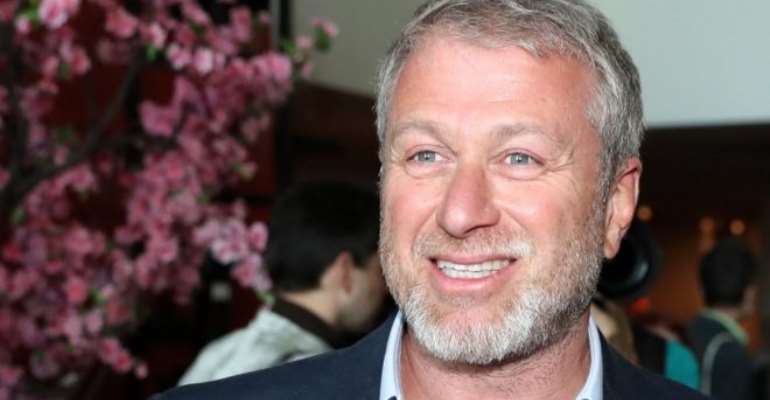 Chelsea owner Roman Abramovich held secret investments in footballers not owned by his club, an investigation has discovered.

The players included the Peruvian winger Andre Carrillo, who turned out against Chelsea in Champions League matches in 2014.

He held rights in the players through a company based in the British Virgin Islands.

Mr Abramovich's spokeswoman stressed no rules or regulations were broken.

But former Football Association chairman Lord Triesman has questioned whether it was "proper" for the owner of a football club to have an interest in players in other teams.

A leak of documents - banks' "suspicious activity reports" - that have been called the FinCEN Files and seen by BBC Panorama has revealed that Mr Abramovich is behind an offshore company called Leiston Holdings.

This is where investors buy a share of a footballer's future transfer value from cash-strapped clubs.

The practice was banned in the English Premier League in 2008 but not internationally until 2015.

And Carrillo lined up for Sporting in both matches.

So in Lisbon in September and Stamford Bridge in December, Mr Abramovich had an interest in 12 players on the pitch.

Lord Triesman told Panorama: "I don't think it can possibly be proper for the owner of a football club to own players in other football clubs. That is precisely why third-party ownership is banned."

"It casts suspicion and a shadow right across football. On the documents I've seen I would've wanted, as chairman of the FA, to investigate them."

It comes as Mr Abramovich appears to be making heavy investments in Chelsea again this year.

In December 2016, a suspicious activity report (SAR) was filed by a bank about Mr Abramovich.

It identified more than $1bn of "suspicious payments involving offshore shell companies" - firms functioning only to manage the money put in them.

The SAR said many of the shell companies were "owned by Roman Abramovich… one of Russia's most powerful oligarchs with close ties to Moscow & Vladimir Putin".

The money seemed to be going around in circles between the companies.

Among the transactions were a series of nine payments from a Cypriot company. This money was split between four other companies before $156m ended up in Leiston Holdings.

Leiston became the subject of public attention in 2018, when it was revealed by German website Der Spiegel as part of the Football Leaks investigation to be an investment vehicle for TPO.

Panorama discovered both the company in Cyprus and Leiston Holdings are Roman Abramovich companies.

As well as being funded with $156m of his money, Chelsea had first option of signing some of Leiston's players.

In 2011, Leiston Holdings secured 50% of Andre Carrillo's "economic rights" when it loaned Sporting €1m (about £850,000) to help them purchase the player from Alianza Lima.

The financial deal contained a number of clauses, as was common in TPO agreements.

It said that if a transfer offer of more than €6m was made for Carrillo and Sporting Lisbon did not accept it, they would have to pay Leiston 45% of the value of the offer.

And Sporting agreed to pay Leiston a "risk fee" of more than €127,000 for each season Carrillo played for the club.

Former England and Liverpool striker John Barnes told Panorama that while third-party ownership could not really influence what happens on the pitch, it was important players had an identity and loyalty to the club they played for and their supporters.

"From a moral point of view, and from an integrity of the sport point of view - when you sign for a club, your integrity and your loyalty should be to that club 100%."

Mr Abramovich's spokeswoman said: "The fact that transactions may have been confidential, does not mean that they were unlawful or otherwise in breach of then applicable rules or regulations."

She said they "relate to the period before Fifa changed their rules".

The spokeswoman added that suspicious activity reports do not mean laws or rules have been broken, saying: "The fact that we are not aware of this issue, confirms that there has been no wrongdoing as no action was taken."