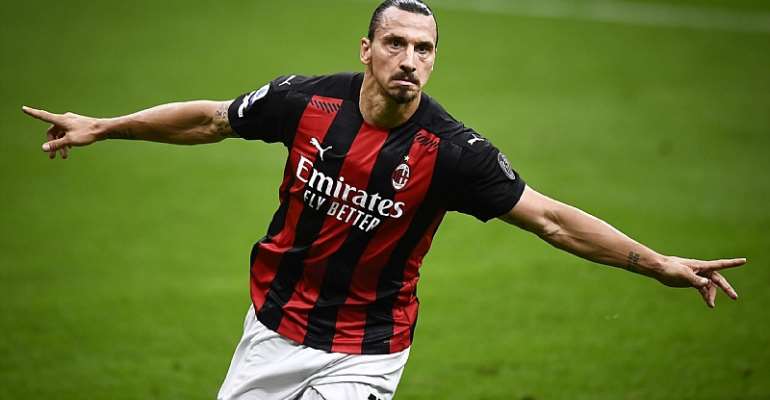 Zlatan Ibrahimovic scored twice as AC Milan got off to a winning start in Serie A against Bologna at the San Siro stadium.

Ibrahimovic, 38, headed in Theo Hernandez's curling cross from the left in the first half before making it 2-0 from the spot after the break.

The striker had earlier fired inches wide of the left post in an impressive display.

He has now scored a double in three of his last five Serie A appearances.

There was a debut for former Manchester City forward Brahim Diaz, on loan from Real Madrid, while it was the fourth season in which Ibrahimovic had scored in the opening match round of Serie A.

Milan goalkeeper Gianluigi Donnarumma had to deny Bologna several times in the second half as they pushed for a way back into the game but left-back Mitchell Dijks was sent off for a second yellow card in the 89th minute.

Stefano Pioli's side, who finished last season in sixth place - 17 points adrift of champions Juventus - travel to Crotone in their next league fixture on Sunday.