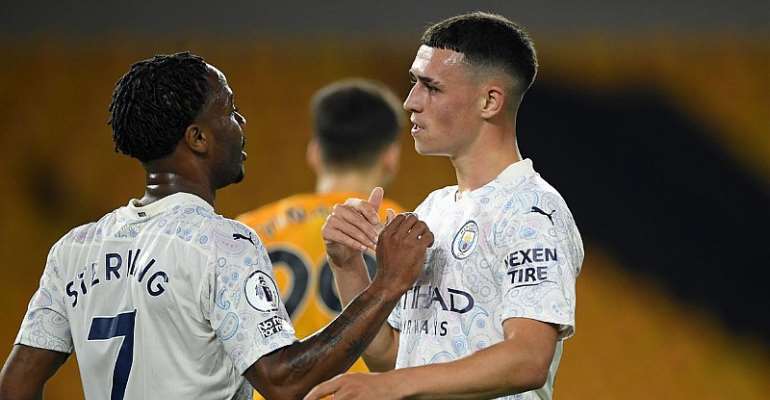 Manchester City held off a second-half Wolves fightback to begin their quest to regain the Premier League title with a win at Molineux.

City did the damage in a superb first half as Professional Footballers' Association Player of the Year Kevin de Bruyne and Phil Foden, playing for the first time since being sent home from England duty in disgrace, both found the net.

At that stage it seemed a case of how many the visitors would get, with Foden and Raheem Sterling both going close and Wolves keeper Rui Patricio making two decent saves.

However, City ran out of steam after the break.
Daniel Podence twice went close for the hosts and Kyle Walker hacked a scuffed Ruben Neves shot off the line, before Raul Jimenez, scorer of 27 goals last season, netted for the second time in this one 12 minutes from time.

However, Wolves were unable to repeat last term's exploits, when they came back from 2-0 down to win this fixture, and Gabriel Jesus' injury-time effort sealed victory for Pep Guardiola's side.