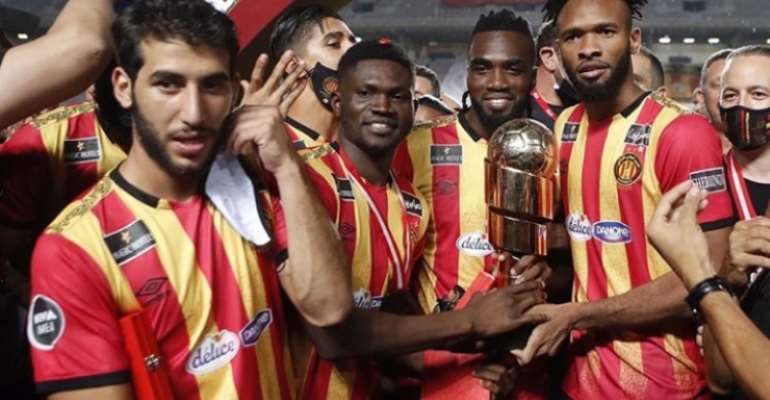 Ghanaian international, Kwame Bonsu has clinched his second silverware of the 2019/20 season with Esperance de Tunis.

Esperance won the Tunisian Super Cup after beating CS Sfaxien 5-4 on penalty shootouts after the entire duration had ended in a scoreless draw.

The former Asante Kotoko midfield dynamo has had an incredible campaign with the Tunisian giants in his debut season.

Bonsu has played an instrumental role in Esperance de Tunis campaign after helping them to win their 30th league title.

The 25-year-old suffered a knee injury which ruled him out of action for six weeks in the process.

JHS graduate appeals for $45,000 to undergo kidney surgery
47 minutes ago