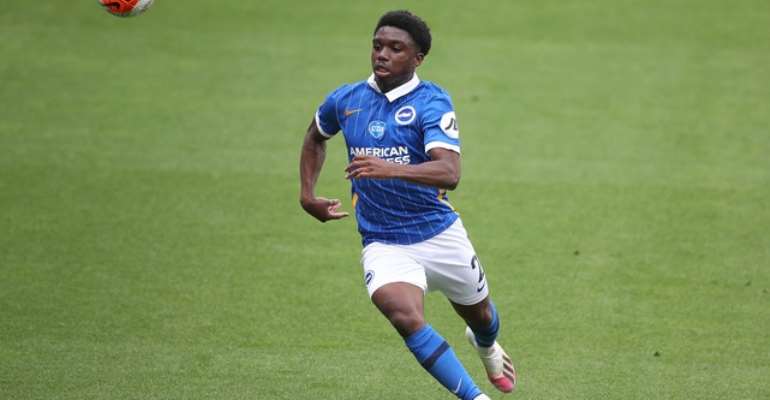 Brighton & Hove Albion manager, Graham Potter says he is ready to support Tariq Lamptey in his choice of playing at the international level for any country.

The former Chelsea academy graduate whose parents are both Ghanaians qualifies for England and Ghana.

The enterprising defender made the headlines in their Premier League home game against Chelsea.

Ghana Football Association officials have entered talks to convince Lamptey to switch his international allegiance to the country of his parents despite playing for the junior levels in England.

Wading into what looks a difficult consideration process, Potter – the Brighton manager says he will back the 19-year-old no matter what decision he makes.

The Brighton boss believes a Lamptey decision to play for Ghana will not be down to him giving up on his England chances due to the hot competition for the right-back spot for the Three Lions.

“He’s certainly not a person who would give up on anything.

“Then it’s about him and his family and what the right decision for him is.

“Whatever decision he makes, I would fully support and try to help him achieve his goals.

Lamptey honed his skills through the English football system and has been representing them at Under-20 level.

He, however, remains eligible to feature for Ghana as he is yet to make a senior competitive bow for The Three Lions.