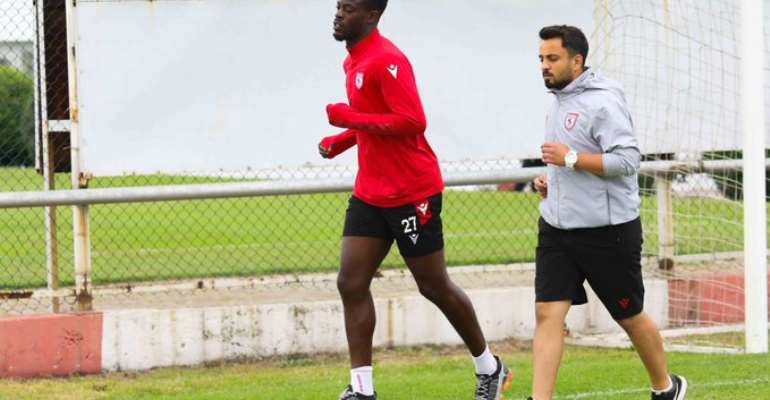 Ghana international, Edwin Gyasi has started training with Samsunspor after suffering a minor set back weeks ago.

The 29-year-old picked up an injury at the training grounds ahead of their first game of the season against Altay.

However, the winger has been working with the club physiotherapists and has finally to returned to the Nuri Asan Facilities as he train to gain full recovery.

Gyasi made a straight run apart from the team, accompanied by physiotherapists.

He remains a doubt for Samsunspor game against Ümraniyespor at the Canik 19 May Stadium at 16:00GMT.

Gyasi joined the club with a lot of prospects and will play a huge role as the club look to book their place in Turkish top-flight in the 2021/22 season.

He is one of the trusted players at the club.