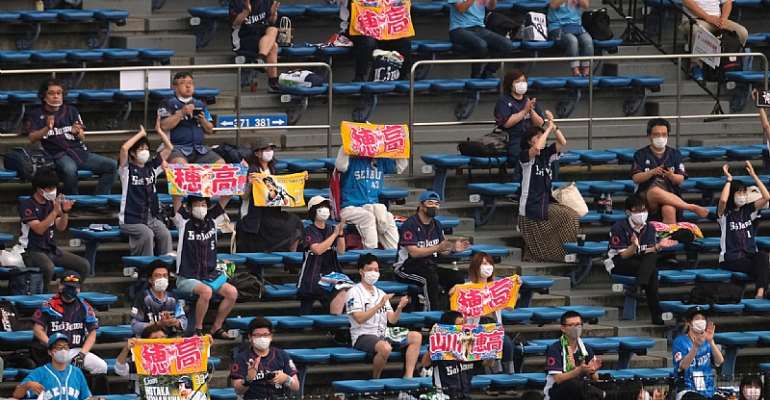 More than 5,000 spectators have been permitted to return to Nippon Professional Baseball and J-League matches after an easing of coronavirus restrictions in Japan.

Both professional leagues have pushed for the maximum limit of 5,000 spectators to be increased by the Government.

A maximum of 5,000 spectators had been permitted since July 10.

The request was made earlier this month to allow attendance of 20,000 or 50 per cent of a venue's capacity, whichever is less.

Kyodo News reported the baseball match between the Yokohama DeNA BayStars and Yomiuri Giants at Yokohama Stadium saw an attendance of 13,106 spectators today.

The attendance marked the first time the number of spectators had been above 10,000 since the coronavirus pandemic began.

The BayStars raised their spectator cap to 16,000 at the 34,000-capacity Yokohama Stadium.

The Giants have raised capacity to 19,000 at the Tokyo Dome, while a total of 14,500 are expected to be allowed at Tokyo Yakult Swallows matches.

The J-League, Japan’s top professional football league, saw an attendance of 11,854 at a match between Nagoya Grampus and Vissel Kobe.

The match took place at Toyota Stadium, which has a capacity of 45,000.

The increase will be welcomed by organisers of the Olympic and Paralympic Games in Tokyo, postponed to 2021 due to the global health crisis.

The rise in the maximum attendance comes amid a drop in coronavirus cases in recent weeks in Japan.

A total of 218 new coronavirus cases were reported in Tokyo today.

A coronavirus countermeasures taskforce, formed of officials from the Japanese Government, Tokyo Metropolitan Government and the Tokyo 2020 Organising Committee, is assessing possible scenarios and measures that could allow the Olympics to run as expected from July 23 to August 8 2021.

The Paralympics is then scheduled to follow from August 24 to September 5.

A system for allowing athletes to be exempt from travel restrictions could be approved on Wednesday (September 23), with the Japanese Government said to be in favour.

Japan imposed stringent restrictions on foreign arrivals in response to the pandemic, with people from many countries still unable to visit Japan.