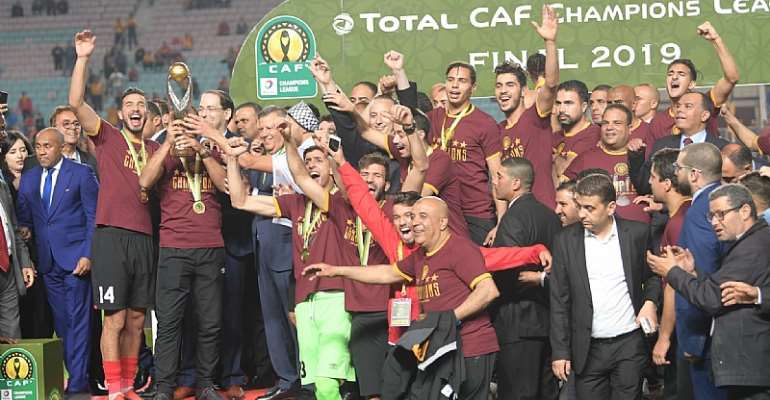 Esperance have been confirmed as winners of the 2019 Confederation of African Football (CAF) Champions League after the Court of Arbitration for Sport (CAS) dismissed an appeal by Wydad Casablanca.

Wydad Casablanca had walked off the pitch during the second leg of the final held at Rades in Tunisia.

The team were protesting after the video assistant referee (VAR) system was unavailable to rule on their disallowed goal in the 59th minute of the contest.

Wydad Casablanca were trailing 1-0 on the night and 2-1 on aggregate when the incident occurred.

Walid El Karti's header appeared to have brought the Moroccan team level before it was ruled out, prompting furious protests from the Wydad Casablanca players, who demanded the referee use VAR.

The match was abandoned after Wydad Casablanca refused to return to play, with Esperance awarded the victory.

CAF later ruled the match should be replayed at a neutral venue, a decision that was later annulled by CAS after appeals from both teams.

Wydad Casablanca have now failed in an appeal to CAS against the CAF Disciplinary Board’s decision last year that the team had forfeited the match by abandoning the tie.

"The CAS has dismissed the appeal and confirmed the decision of the CAF Appeals Board in full," a CAS statement read.

"The CAS Panel found in particular that the WAC’s players decision not to resume play after the interruption of the final in the 59th minute of the game constituted an abandonment in the sense of Article 148 of the CAF Disciplinary Code and that the CAF Appeals Board was correct in confirming, by its Appealed Decision, the Disciplinary Board’s decision to declare that the WAC lost the return leg of the final by forfeit.

"Accordingly, the CAS Panel dismissed the appeal."
Both clubs had previously been sanctioned for the behaviour of their supporters around the tie.