Our Goal Is To Be The Best, Win Trophies In Ghana And Africa – Hearts of Oak MD 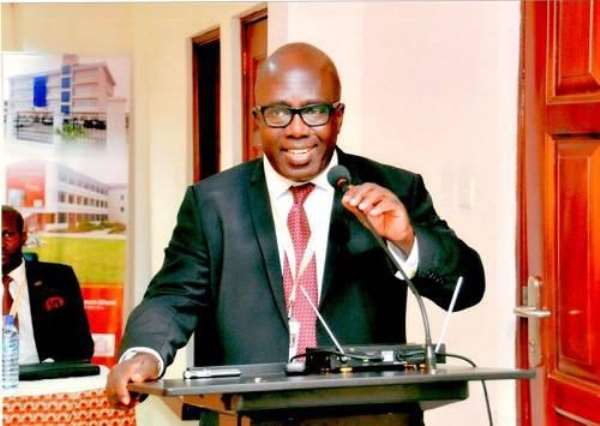 Managing Director of Hearts of Oak, Frederick Moore has disclosed that their goal is to build the best football brand in Ghana and win trophies on the African continent.

Speaking to the media at the launch of the club’s new bus financed by Star Assurance he said Accra Hearts of Oak supporters stand to benefit if they patronize the insurance company’s products.

He said Hearts of Oak will not stop players whose contracts have run out and want to quit as there are other players who can excel with the Phobian club if given the chance.

On the Executive Committee (Exco) of the Ghana Football Association (GFA), he said they will be voted out if they fail to deliver on their mandate.

This follows an outcry from some stakeholders in the local game over the approval of 'high' remuneration plan to members of the GFA.

Moore, despite conceding that the FA members deserved such compensation, he was quick to add that they will be voted out if they don't deliver.

“And that role for the salary you get has to have accountability, Frederick Moore is quoted by Football Ghana.

"We need a football association in Ghana that can take football to the next level and if they are rewarded and they don’t take Ghana to the next level, then it is incumbent on the rest of us to vote them out," he added.

Executives of the GFA has been under pressure in recent times following the approval of what had been described as 'high' remuneration to its members by the congress.