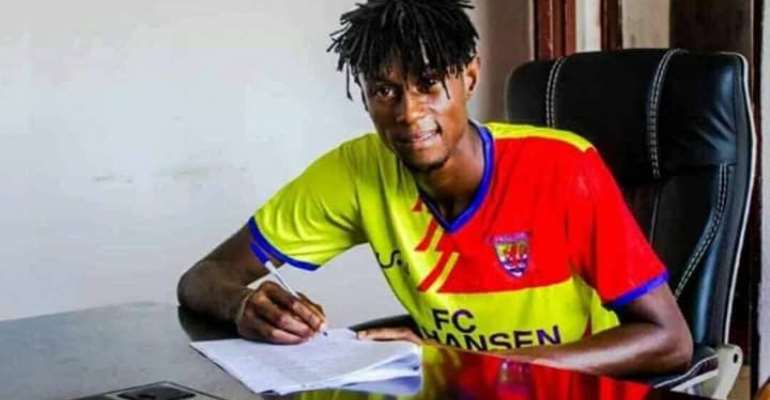 Former Inter Allies midfielder Samuel Bekoe who plays for Sierra Leone side FC Johansen has made his intentions known to play for his newly adopted country.

According to the tall lanky player, he has fell in love with the country, the people and their food.

He said Sierra Leone people are like Ghanaian as they are hospitable lovely and love football.

Ghanaian midfielder Samuel Bekoe has joined Sierra Leonean top-flight side FC Johansen and now wants to don the national colours if he gets the opportunity.

The former Inter Allies player joined the club on a free transfer after leaving the Ghanaian side.

Bekoe spent three seasons with the 'Eleven is to One Boys' before leaving to join FC Johansen.

He hinted that he has an Aunty who is a Sierra Leonean, and she makes him feel free in Freetown, the capital of the country.

FC Johansen was founded in 2004 and is based in the city of Freetown. The club is run by the SLFA president Isha Johansen and her Norwegian husband Arne Birger Johansen.

$50million gathered so far for the National Cathedral projec...
30 minutes ago