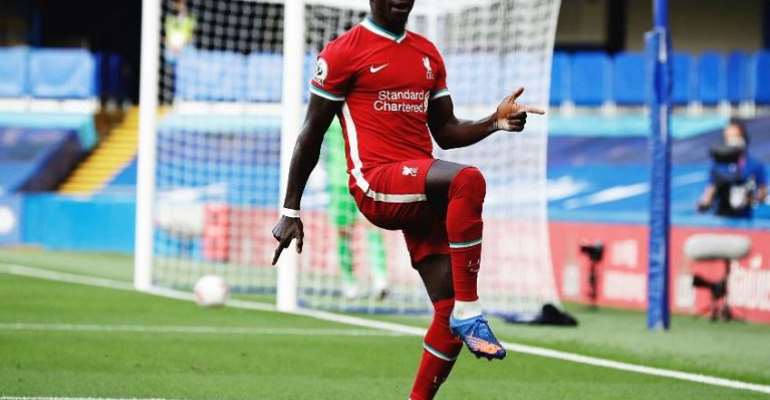 Sadio Mane scored two as Liverpool made an early statement of their intent to retain their title with a confident 2-0 victory at 10-man Chelsea.

The Senegalese forward headed in a superb second-half opener before doubling his tally four minutes later when he showed great work-rate to chase down Kepa and force a shocking error out of the Blues stopper.

It all turned the champions’ way after a cagey first period of few openings exploded into life on the stroke of half time. Andreas Christensen’s caution - for tumbling Mane as he raced through - was quite rightly upgraded to a red card by VAR.

It proved to be a major moment in the game as Liverpool, who were already dominating and restricting Chelsea to occasional counter-attacks, took firm control through Mane’s brace.

The Merseysiders brought on new signing, Thiago for his debut at the interval, but he almost gave Chelsea a lifeline when he tripped Timo Werner in the area 15 minutes from time. Jorginho stepped up but saw his perfect record from the spot come to an end thanks to Alisson’s smart save.

Next up, the two sides are in League Cup action in the week. Chelsea host Barnsley on Wednesday while Liverpool travel to Lincoln on Thursday.