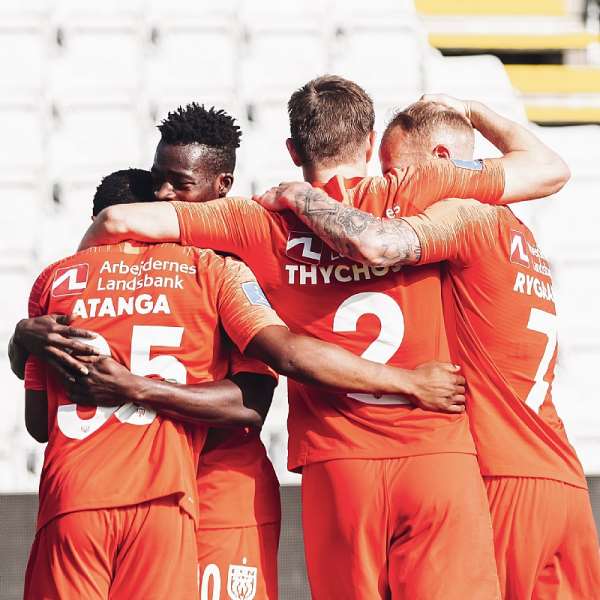 Ghanaian winger Isaac Atanga registered his name on the scoresheet on Sunday as he helped his FC Nordsjaelland outfit to draw 1-1 against OB in the Danish Superliga on the road.

The forward after putting up a decent performance for his team on Matchday 1 last week, earned a starting role today when the team visited the Nature Energy Park to take on their matchday 2 opponent.

Isaac Atanga, 20, had a good game today and scored on the 55th minute with an assist from Mikkel Rygaard to give FC Nordsjaelland the lead.

Unfortunately, they could not hold on and allowed OB to restore parity just 2 minutes later courtesy a strike from American forward Emmanuel Sabbi after he was assisted by Jens Jakob Thomasen.

On the matchday, Isaac Atanga lasted 89 minutes of play while his compatriots Mohammed Diomande, and Kamal-Deen Sulemana both enjoyed minutes for FC Norsjaelland.

Supreme Court’s ruling against my interrogatories ‘a miscarr...
15 hours ago