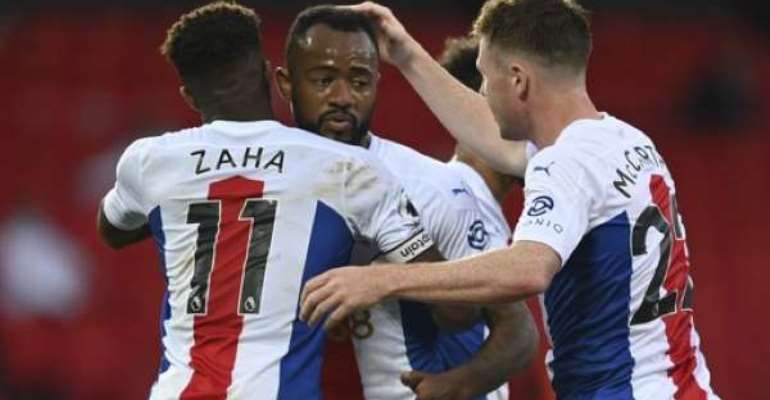 Wilfried Zaha has revealed his converation with Jordan Ayew in their match against Manchester United at Old Trafford.

The Ghana striker won a penalty for the Eagles after Victor Lindelöf used his hands to prevents Ayew's control in the 18 yard box.

The 28 year old stepped up but failed to score. However, the penalty was retaken after goalkeeper David De Gea moved from his line after VAR review.

Zaha stepped up to score for Palace as the match ended 3:1 in favor of the Eagles.

But the Ivorian forward couldn't reflect on the game without drilling down on its key moment: the VAR-supported penalty, which he scored in a retake after David de Gea's illegal step forward.

He explained his conversation with the penalty's first taker, Jordan Ayew, and what went through his head before the retake:

"To be honest, I didn’t know [what was happening] but all I thought in my head is: 'Now, I’ve got the opportunity to take this penalty and score.' I’m just glad I managed to do it.

"Obviously Jordan won it, and he asked me - he wanted to take it. I said: 'No problem, go on and take it. You got the penalty, man, take it.' He missed, so I thought: 'Let me just make sure myself.'