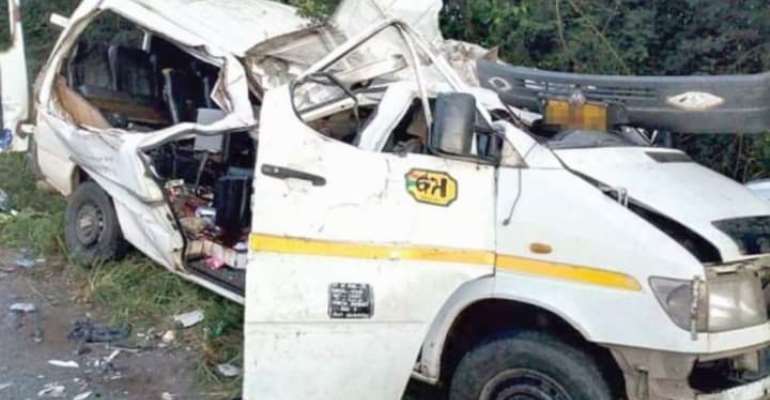 Eight players of the club, African Vision FC in the Offinso Municipality of the Ashanti Region died after a KIA PREGIO vehicle they were traveling in veered off the road and fell into the River Offin.

Four of the victims who are in critical condition have been rushed to the Komfo Anokye Teaching Hospital while twenty-six others who sustained injuries are also on admission at the St. Patrick Hospital at Offinso.

Twenty-four (24) other kids are also receiving treatment at the St. Patrick Hospital in Offinso following the accident.

Some reports say the Offinso-based team were returning home after travelling to Afrancho- a suburb in Kumasi-to register players for the upcoming season.

Meanwhile, bodies of the deceased who are between the ages of 12 and 18 years have been deposited at the St. Patrick Hospital morgue.