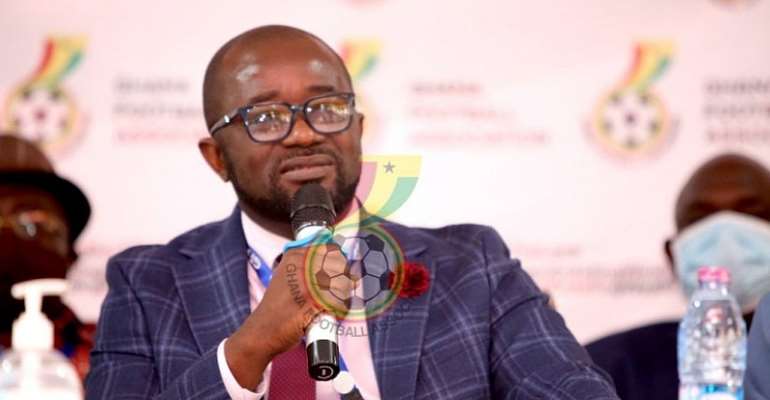 A delegation from the Ghana Football Association (GFA) will visit the injured families of the eight deceased young footballers who were killed following a bus accident in the Ashanti Region on Saturday night.

The Africa Vision Soccer Academy which is based in Offinso travelled to Afrancho near Kumasi to undertake the registration of their players ahead of the start of the new season.

It was on their journey back to Offinso that the driver lost control of his vehicle leading to the gory scenes that played out.

The team that plays in the Colts League - the youth league in Ghana - were registering new players to boost their squad ahead of the new Ghana football season.

The players aged between 12 and 15 died in the Ashanti Region after the driver of the bus carrying players of Africa Vision Soccer Academy lost control and the vehicle plunged into the Offinso.

Eight players have been confirmed dead with several players in critical condition.

The leadership of the Ghana Football Association (GFA), and the National Juvenile Committee (NJC) have learnt of the passing of six juvenile football players on Saturday, September 18, 2020, at Offinso, near Kumasi in the Ashanti Region.

The GFA wishes to express our deepest condolences to the family of the six young footballers who passed away after the car they were travelling on, submerged.

We are informed that the players and their handlers were headed to Offinso having undergone their District Colts football registration exercise at Afrancho.

The GFA and the NJC have dispatched a team to the Komfo Anokye Teaching Hospital in Kumasi to visit the accident victims.

The delegation will send a report to the headquarters for further action.

We are deeply saddened by the development and wish to express our condolences to the family of the deceased and a speedy recovery to the rest of the team who sustained various degrees of injuries during the accident.

In these trying times, we stand shoulder to shoulder with all the bereaved families, those injured and those going through psychological stress.

Our thoughts are with the family of the departed and the victims. May their souls Rest In Peace.