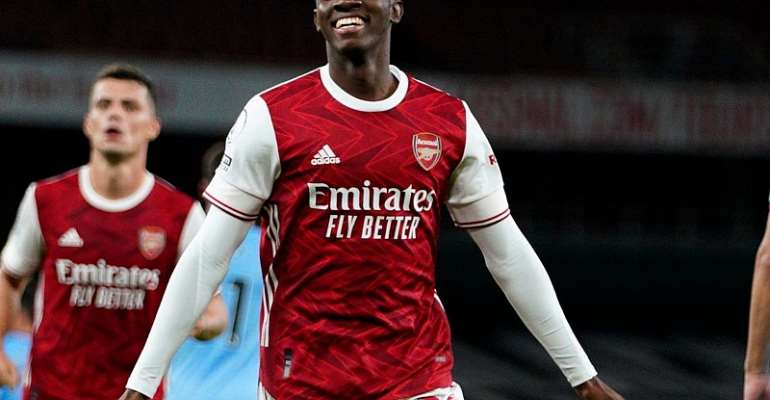 Eddie Nketiah came off the bench to score a late winner as Arsenal edged past West Ham 2-1 in the Premier League at Emirates Stadium on Saturday.

The Gunners looked destined to labour to a draw in their first home game of the season until Nketiah slotted home Dani Ceballos' pass with five minutes remaining.

Nketiah had only come on in the 77th minute for Alexandre Lacazette, who had opened the scoring in the first half with his 50th goal for Arsenal in all competitions.

Michail Antonio equalised before half-time and also rattled the crossbar with a header before Nketiah popped up to consign the Hammers to a second successive defeat to start the campaign.