Kotoko & Ashgold Get Huge Gov't Support Ahead Of Africa Campaign 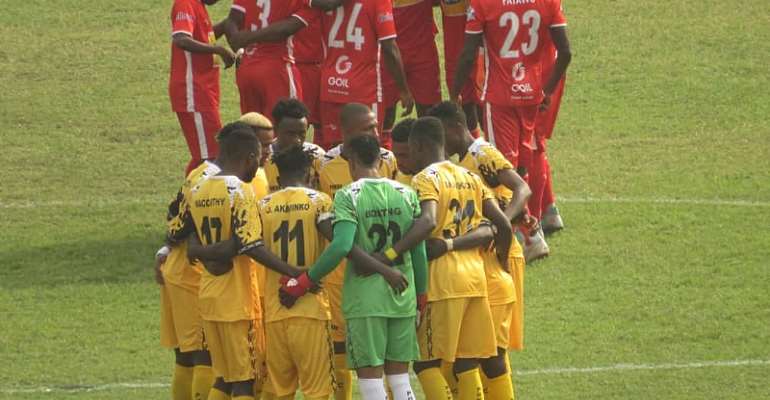 Kumasi Asante Kotoko and AshantiGold SC have got a huge financial backing from government ahead of their respective Caf Champions League and Confederations Cup campaign.

Kotoko will represent the country in the Champions League whiles their regional rivals, Ashgold compete in the Confederations Cup.

Director-General of the National Sports Authority [NSA], Professor Peter Twumasi in an interview with Ghanaweb.com revealed that the government has made it a policy to mitigate the financial burdens of clubs when they compete in Africa by handing them some financial packages.

Last year, government back Kotoko $150,000 for their participation in the CAF Confederations Cup.

According to Mr Twumasi, Ashgold who are representing Ghana in the same competition will receive the same amount this year. Kotoko on the other hand will get $200,000 for representing the country in the Champions League this year.

“We have agreed that any club that goes to represent the country will get some help. $200,000 for Confederations Cup and $250,000 for the CAF Champion League”.

The two teams could receive a further financial boost from the government if they are able to reach the group phase of their respective competitions.

The two competitions are set to start in November.