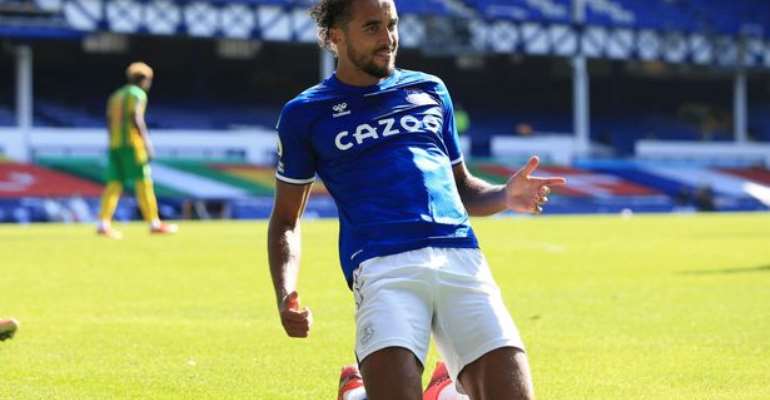 Striker Dominic Calvert-Lewin bagged a sensational hat-trick on Saturday to inspire his Everton outfit to a dramatic 5-2 win against West Bromwich Albion in the English Premier League.

Having posted a 1-0 win over Tottenham Hotspurs on the opening weekend last week on the road, the Toffees returned to the Goodison Park today to host the newly-promoted club on Matchday 2.

On the Matchday, Everton manager Carlo Ancelotti stuck to playing his quality summer signings in midfield while Englishman Dominic Calvert-Lewin led the attack.

Later in the second half, Dominic Calvert-Lewin scored twice in the space of 6 minutes after the hour mark with assists from Richarlison and James Rodriguez respectively.

The Everton marksman despite coming off on the bench on the 71st minute finished with a high-rating of 8.9 from Modernghana Sports statistics partners SofaScore.

For the other scorers on the day, James Rodriguez and Michael Keane equalized for Everton while Matheus Pereira scored with a sumptuous free-kick for West Brom’s second goal.