Kelvin Ofori, 2 Other Ghanaians Feature For Fortuna Dusseldorf In Defeat To Hamburg 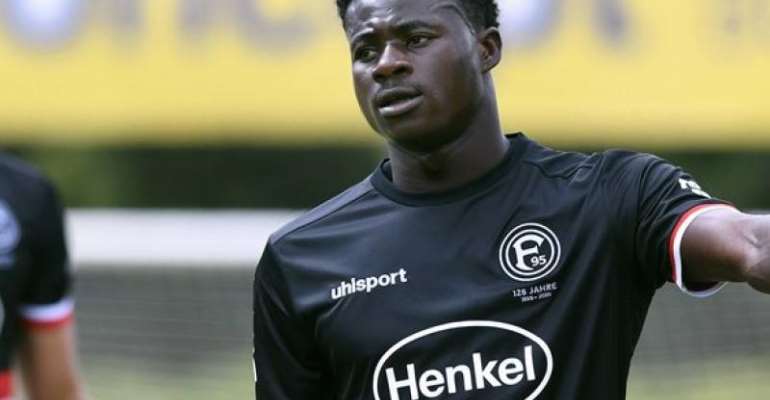 Teenager Kelvin Ofori, Nana Opoku Ampomah, and Kevin Danso were in action for Fortuna Dusseldorf today when the team suffered a 2-1 defeat to Hamburg SV in the German Bundesliga 2.

The two lower-tier clubs locked horns at the Volksparkstadion this evening to honor a date on the opening weekend of the 2020/2021 football season.

In a game where Hamburg SV was tagged as the favorite, Swiss defender of Ghanaian descent Kevin Danso earned a starting role for Fortuna Dusseldorf.

Though he had a good game in the first half, his team conceded in added time when they gave away a penalty.

Later in the second half, Simon Terodde who converted the penalty kick scored again on the hour mark to complete his brace after he was assisted by Jeremy Dudziak.

Unfortunately, the efforts of the pair could not save the side from defeat although defender Matthias Zimmermann scored a consolation in added time.