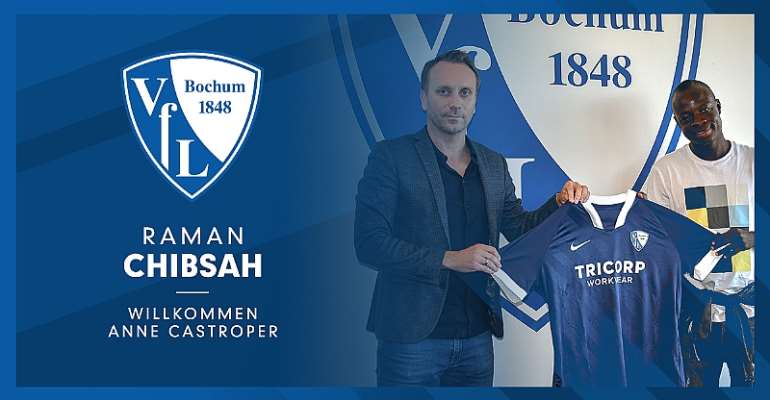 Having had what could be termed as a decent stint in the lower-tier league last season, the Bochum-based club is now hoping to challenge for promotion to the Bundesliga.

Ahead of the start of the 2020/2021 German Bundesliga 2 season, the club has successfully secured the services of Yusif Rahman Chibsah to give their team a major squad boost.

"VfL Bochum 1848 has signed the Ghanaian midfielder Raman Chibsah. The 27-year-old last played for the Turkish Süper Lig club and is moving to Castroper Straße free of charge”, a club statement from the German club has said today.

During the 2019/2020 football season, Yusif Rahman Chibsah spent the campaign in Turkey with Gaziantep FK.

Having made a total of 28 appearances in the Turkish Super Lig, the combative midfielder managed to impress with 2 goals.

He now moves to Germany to continue his career after playing for clubs including Parma FC, US Sassuolo, Benevento, and Frosinone in the past.

JHS graduate appeals for $45,000 to undergo kidney surgery
36 minutes ago