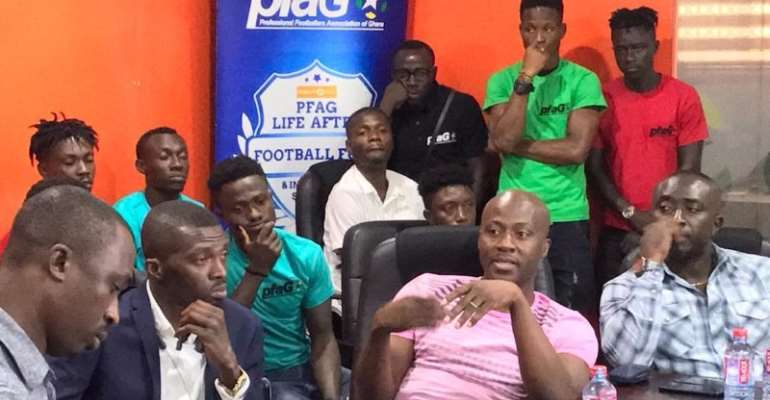 The spokesperson for the Professional Footballers Association, Ghana (PFAG), Yusif Chibsah has backed National Democratic Congress proposal to pay at least GH¢1500 allowance to players in the top tier of Ghana football should they win the 2020 elections.

The opposition has pledged to pay local players GH¢1500 and will also establish a sports fund through which clubs can seek for loans.

“The NDC will establish a sports development fund. The government will furnish the account with enough money and also generate some from corporate bodies,” the Communications Director of NDC, Sammy Gyamfi told Kumasi FM.

“Every club that plays in the Premier League will be supported with funds to settle player salaries. An average money of GH ¢1,500.00 will be paid to each player”.

Reacting to the promise, Chibsah said that the promise could help reduce player exodus.

Chibsah stressed that the proposal will help grow the game as players will be more than willing to stay in the league.

“It is doable because football is being run on a business module now," he told Hot FM.

"In Nigeria, it is the states that take care of the teams.

"It’s a whole discussion on its own but we need to start from somewhere. It will help the football industry”, Chibsah added.