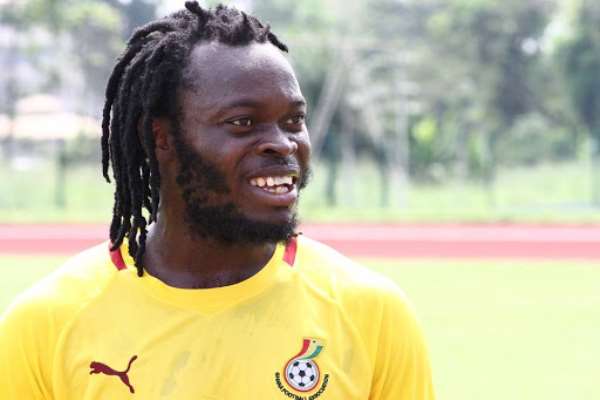 Aduana Stars livewire, Yahaya Mohammed says he will not be disappointed should he be excluded from Black Stars squad for the upcoming 2022 Africa Cup of Nations [Afcon} qualifiers against Sudan.

Mohammed was one of the four home-based players named the 23-man squad by CK Akonnor in March.

Ghana was originally bailed to host Sudan at home on Monday 23 March at the Cape Coast Stadium before travelling up north to the Al-Hilal Stadium in Omdurman on Tuesday 31 March for the reverse encounter.

CAF postponed all qualification matches to November due to the coronavirus outbreak which essentially means that coach CK Akonnor will be making some changes in the initial 23 man square announced in March.

According to the dreaded striker, his inactiveness in the local league could affect his chances of playing for the Black Stars in the qualifiers but however, states he won’t be dejected should he be dropped from the squad.

”Let’ be honest to ourselves, currently, there is no football in the country and you know there are other players who have started playing football abroad and so If they are given the chance ahead of me I won’t be disappointed with all sincerity,” he told Wontumi Sports.