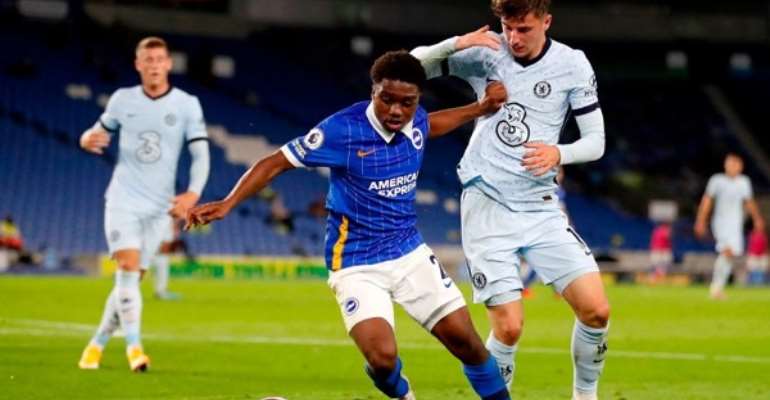 Tariq, 19, put up a five-star performance against his former club Chelsea at the American Express Community Stadium on Monday night despite their 3-1 defeat.

“He took a decision to leave a place that he liked and he respected a lot, but I think he knew the reason why he was taking that decision, which was probably a really tough one for him,” Potter told his club's website.

“He’s got a lot of respect, I know, for Chelsea. But obviously then it’s our job to try to help him make the most of that decision."

“It’s a balance between game time, development, training, and feedback and all that sort of stuff, because like I said he is still young and he’s got a lot to carry on improving."

“He’s a wonderful young player and it’s a delight to have him and a really good lad to work with, because he’s so humble, and it’s just so refreshing, how he plays football.”

“He brings a freshness, a personality, and he brings a quality. Our job is to try to help him improve because I’m sure he’ll say the same in that he’s got a lot to learn, he’s only young."

“But he’s also got some really good attributes that are exciting, and we need to try to help him make the most of those,” Potter added.

Lamptey, who was developed at Chelsea burst into the scene last season when he put up a superb performance against Arsenal in his EPL debut.

His performance attracted Brighton who paid £4 million for his services in January.

He is one of the players on the wanted list of Black Stars coach Charles Akonnor although he currently features for the England's under-21 national team.

The 1992 constitution is a tool for stealing, rigging and pl...
11 minutes ago

[Video] I joined #FixTheCountry demo because my Church membe...
40 minutes ago