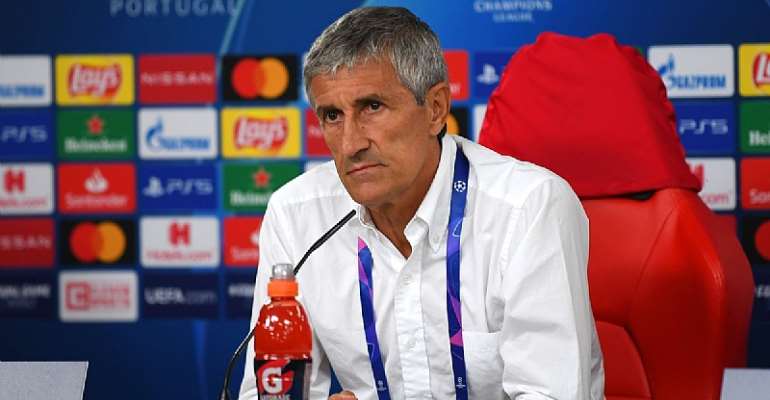 Quique Setien has confirmed he will be taking legal action against Barcelona after only being legally informed about his sacking on Wednesday.

The Catalan club only formalised the exit of Setien this week, over a month after he was relieved of his first-team coaching duties with reports claiming that his lawyers will demand €4m from the club in compensation.

Setien writes that the club’s president Josep Maria Bartomeu never informed him about the terms of his sacking, with no settlement mentioned.

Setien’s statement confirmed that he was only informed by the club of his contractually update on Wednesday, while his coaching staff – who added their names to the official letter – were told they would be “relocated” in the club.

It was revealed late in August that the Blaugrana had still not sacked Setien through official channels and he had even sent them a burofax – a document with legal standing – to prompt the official paperwork, and it is now set to be decided in a courtroom.

The Blaugrana confirmed Setien’s sacking earlier this month following Barcelona’s 8-2 Champions League defeat against Bayern Munich, which proved to be his final game in charge.

However, it has now emerged that Barcelona have only relieved him of his duties of coaching the team rather than sacking him from the club, meaning that his contract had been ongoing into this week.

The Cantabrian only oversaw 25 matches at the helm with his side winning on 16 occasions, drawing four matches and losing five, and has been replaced with Ronald Koeman.

Ejura probe: Ministerial Committee presents its report to In...
26 minutes ago