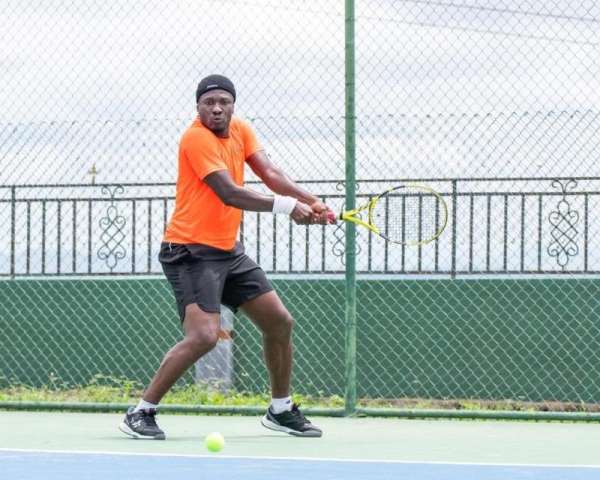 Baby Jet, as he is popularly known, confirmed his participation to the press team of the Local Organizing Committee in charge of the organization of the tournament.

This is the first time the region would witness the footballer’s skills on court.

Gyan, who has found a new love in active tennis lately, has been making waves in Ghanaian media.

The BlackStars all-time top goalscorer, with 51 goals, has been winning matches in some single games and touring various tennis clubs in the country as well.

Gyan is likely to play against the Medical Superintendent of the Comboni Hospital, Dr Cyril Eyram Bansah, who is also the chairman of the HTC.

This weekend’s Home Coming Tournament is the third edition. It is usually played in March every year between members of the HTC, who are not resident in Ho against members who are based in Ho.

The event was not held in March due to the Coronavirus Pandemic(COVID-19).

The homecoming event will now be a replacement to the annual Asogli Tennis Tournament, which is played in September.

This is because the annual Asogli Yam festival will not be honoured this year due to COVID-19.

Other notable names to grace the Tennis Courts this Saturday are Prof Ben. Q. Honyenuga the Vice-Chancellor of Ho Technical University, Togbe Adzima IV of Ho, a national ranked player, Joseph Narcel Kofi Battah, amongst others.

Ejura probe: Ministerial Committee presents its report to In...
12 minutes ago