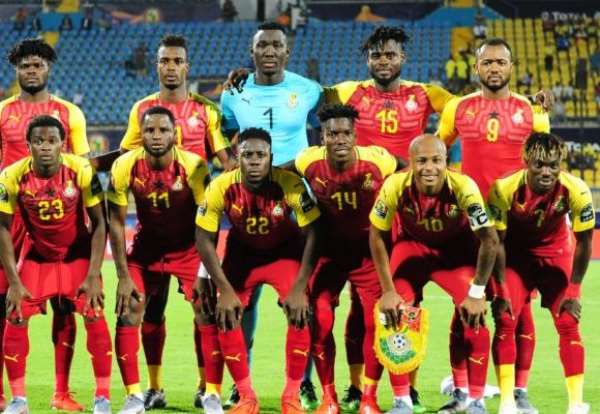 The Black Stars remain 46th on the World front with 1439 points and 6th on the African continent in the latest FIFA Coca Cola ranking for the month of September.

This was announced on Thursday, September 17, 2020, by the World Football governing body.

The Senior national team have been inactive on the international front due to the coronavirus pandemic, hence the being static in the ranking.

The Black Stars' last batch of assignments remain a 2-0 home win over South Africa and a 1-0 away victory over Sao Tome and Principe in the 2021 Africa Cup of Nations (Afcon) qualifiers in November last year.

The four-time African champions will return to action, for the first time under new coach, C.K Akonnor in November against Sudan, following the approval of the resumption dates for the 2021 Africa Cup of Nations qualifiers and the 2022 FIFA World Cup qualifiers by the Confederation of African Football, CAF.

Meanwhile, as part of preparations for their qualifying matches the Black Stars are expected to engage in international friendly matches next month.