Gareth Bale On The Verge Of Agreeing Terms With Tottenham Hotspurs 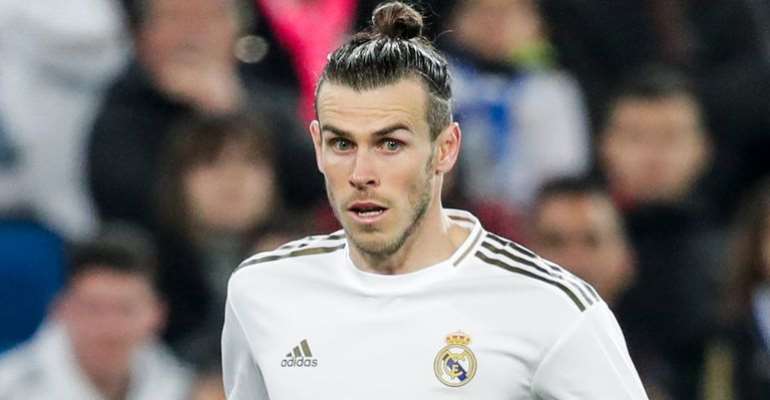 Real Madrid forward Gareth Bale is on the verge of agreeing a deal with Tottenham Hotspur, seven years after leaving the Premier League club.

Bale, 31, moved from Spurs to Real for a then-world record £85m in 2013 and has since scored more than 100 goals and won four Champions League titles.

Spurs boss Jose Mourinho refused to speculate on the discussions.

In July 2019, Real cancelled a deal for Bale to join Chinese Super League club Jiangsu Suning, and he played 20 times for the Bernabeu club last season.

Barnett said: "Gareth is closer to leaving Madrid than at any time in the last seven years.

"We are still negotiating. We shall see how it goes."

It remains to be seen whether the potential deal will be a loan or a permanent move.

Asked about the Wales captain, Mourinho replied: "He is a Real Madrid player and I don't comment on players from other clubs. I have to respect that. It's better not to speak.

"I tried to sign him for Real Madrid, which was not possible to do during my time there. But the president followed my instinct and my knowledge and the season I left he brought Gareth to the club. It's not a secret, even Gareth knows that."

Mourinho, who was in charge of Real Madrid from 2010-2013, added: "A squad is a puzzle and when a new signing completes the puzzle it's great for the team.

"There are three more weeks, the market is open both ways. I think in football you have to always be waiting for something to happen. Let's see what happens to us."

The Portuguese previously told Tottenham chairman Daniel Levy that he "needs a striker" before 5 October.

Tottenham were beaten 1-0 at home by Everton in their first game of the new Premier League season on Sunday.

"After watching the game on Sunday, oh boy do Spurs need it - someone who can go and win a game with a bit of magic, creativity and flair," said Anderton.

"It has to be great for all parties. To come back to somewhere you are loved really does make sense.

"He carried the Wales team, he carried the Tottenham team when he was here, winning games on his own. He is exactly what Spurs need.

"For me, it is a no-brainer to come and play for us and prove what he is all about."

Spurs midfielder Eric Dier said it is "exciting" for Tottenham fans "when you are linked with a player of that level", but does not feel the Spurs squad needs a fresh impetus.

"I would disagree to be honest," he said. "Since I have been back for pre-season there is new blood.