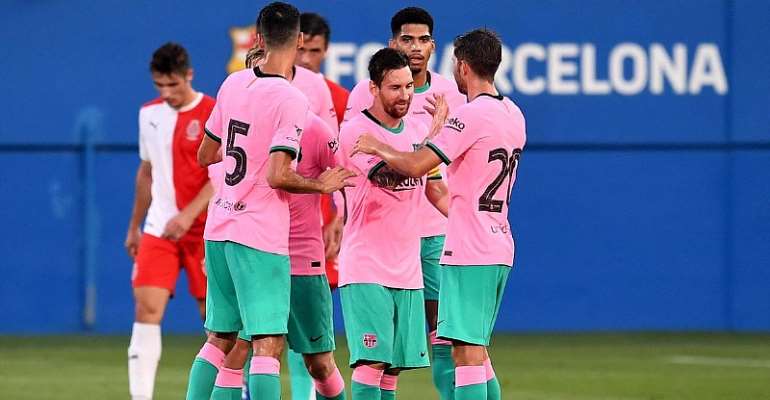 Lionel Messi scored twice for Barcelona in a 3-1 pre-season friendly win over Girona on Wednesday.

Messi, 33, returned to training last week after failing to force a transfer away from the club.

He struck two long-range goals, the second taking a deflection on its way in.

He was also involved in the opener, playing in Francisco Trincao to cross for Philippe Countinho to score, before going off after a hour.

Barcelona are due to start their league campaign on 26 or 27 September against Villarreal.

Messi, Barcelona's all-time leading goalscorer, believed he had a clause in his contract which would allow him to leave for free and did not begin pre-season training.

Barcelona and La Liga insisted that clause was no longer valid - with any club wishing to buy him required to pay a release clause of 700m euros (£624m) - and Messi returned to training after saying he would not take the club to court.