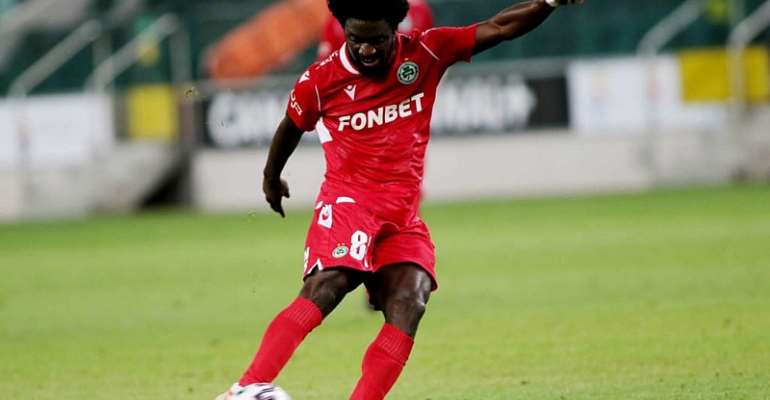 Ghana forward Ernest Asante scored a penalty on Wednesday evening to help his Omonia Nicosia outfit to defeat Red Star Belgrade via penalty shootout to advance to the playoff round of the Uefa Champions League qualification.

The Cyprus First Division side and the Serbian giants were in action at the Neo GSP Stadium today to seek a win in the third qualifying round of the Uefa Champions League to advance to the final round.

Following a pulsating encounter between the two teams at the end of 90 minutes, a Mirko Ivanic equalizer for Red Star Belgrade canceled out a strike from Michael Lueftner for Omonia Nicosia to send the game into extra time.

In the final minutes of the extra time, experienced forward Ernest Asante was introduced into the game by his manager to replace Thiago Santos.

Selected for the penalty shootout, the Ghana attacker made no mistakes from 12-yards as he scored to help Omonia Nicosia emerge with a 4-2 win at the end of the penalties.

The crucial win has seen the Cypriot club advancing to the final stage of the Uefa Champions League qualification. There, the team is billed to take on Olympiakos Piraeus in a two-legged encounter to fight for a ticket for one of the slots in the group stage of the 2020/2021 edition of the Champions League.