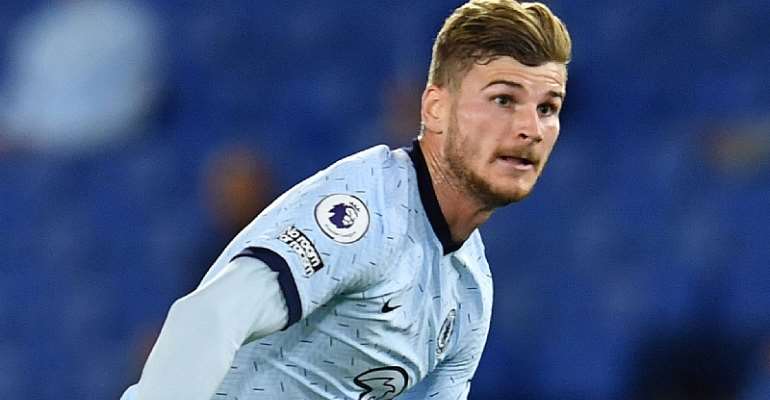 Chelsea forward Timo Werner says he chose a move to Stamford Bridge "to win titles” after he was linked with Premier League champions, Liverpool.

The German international, 24, signed a five-year deal with Chelsea in a £47m move from RB Leipzig in June.

Werner said manager Frank Lampard persuaded him to sign for the Blues despite interest from other clubs.

“When I decided to leave Leipzig, I talked to different clubs [as well as] Chelsea,” he said.

“Of course there are some other clubs like Liverpool - they have great team - and also maybe I would fit other teams. But I decided Chelsea because it’s the best decision I could take - not only the style of football but because of what they showed to me.

“It was a hard decision in the end, but I’m very excited, proud and happy that I decided like this. I’ve been here almost two months and it feels right.”

Werner, who impressed on his debut in the 3-1 win over Brighton on Monday, added: “I came here to win titles. It’s a big club and it’s a club who always want to win, and I want to win every game.

“The last years we didn't win so many titles, but now we have a strong and young team that can develop.”

Goalkeeper Edouard Mendy is also set to make a move from Rennes.

Werner said Lampard's vision was a key factor in his decision.

He said: “It was a strange time. We met each other in person for the first time here because of the virus but at the end, he called me a lot, he texted me a lot, sent me some videos where he can show me what style of football he wanted to play.

“It was important to have a vision which fits my style of football. The whole Premier League fits me well - it’s so fast, and fast players have really good space to go and play well.

“The conversation with him was really important. He was very nice and calm guy who makes it clear what style of football he likes. Also that you are not just a player, but a person.

“He is behind you and not only in football. That was really impressive for me and one of the reasons I came here.”

LGBTQ+ Bill: You're shameful backward thinker obsessed with ...
4 hours ago