Black Bombers Not Happy With Ghc400 Per Diem Allowance 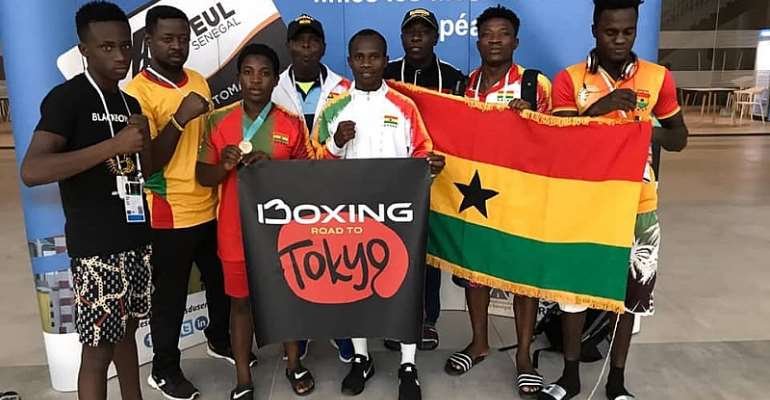 The national amateur boxing team, the Black Bombers, are not happy and have protested against the National Sports Authority (NSA) decision to give them GHc400 as per diem for participating in last March’s African Olympic Games qualifiers in Dakar, Senegal.

A source close to the team revealed that the NSA paid GHc5,000 as part payment of the GHc52,440 per diem owed them to the Ghana Boxing Federation (GBF) to be disbursed to 12 boxers.

According to the source, the Black Bombers were yet to come to terms with the NSA’s decision to ignore calls by some athletes to ensure full payment of their allowances.

“It is rather unfortunate that the NSA decided to pay us this little amount out of the large sum owed us,” the source said.

“How can an athlete compete for the nation for over six months and get just GHc400? It is clear they don’t care about the welfare of fighters,” the Bombers lamented.

The NSA, in an earlier conversation with the Graphic Sports, explained that it did not budget for the team’s participation in the Dakar qualifiers, hence the payment challenge.

The Director-General of the NSA, Mr Patrick Twumasi, admitted that his outfit owed the Bombers per diem allowance but said his outfit usually budgeted for tournaments and not qualifiers.

“We know we are supposed to pay them per diem for participating in the qualifiers but it is not a competition that we budgeted for.

“The NSA usually budgets for tournaments, unlike qualifiers. But in all this, we will pay them when funds are available,” Mr Twumasi assured.