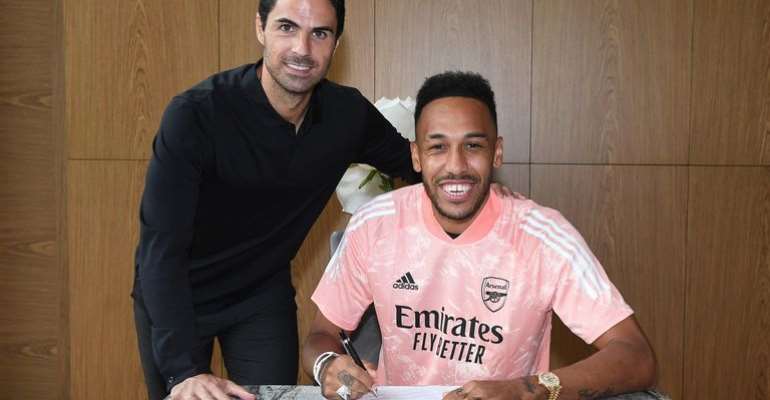 Pierre-Emerick Aubameyang has signed a new three-year contract with Arsenal.

The 31-year-old’s deal had been due to expire at the end of the season, but he has now ended speculation by extending his stay at the Emirates.

The Arsenal captain scored in their opening-day 3-0 win over Fulham on Saturday, with first-team manager Mikel Arteta hinting after the match a new contract was close.

Aubameyang scored 22 goals in the Premier League last season and netted twice in Arsenal’s 2-1 win over Chelsea in the FA Cup final to secure their place in the Europa League.

The Gabon forward also scored and converted the winning spot-kick in a penalty shootout as Arsenal beat Liverpool to win the Community Shield.

Since his move to Arsenal from Borussia Dortmund in January 2018, he has scored 55 goals in 86 Premier League games.