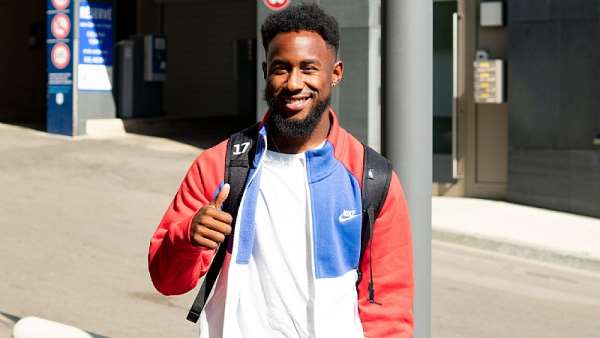 Dutch outfit Willem II Tilburg has named new signing John Yeboah in its squad for the crucial clash against Luxembourg side FC Progrès Niederkorn in the Uefa Europa League qualification on Wednesday.

The Eredivisie club on Tuesday morning announced that they have signed the German-born Ghanaian forward from VfL Wolfsburg on a 3-year contract.

Just hours later, Willem II Tilburg traveled with the new signing to Luxembourg where they are billed to face off with FC Progrès Niederkorn in the second qualifying round of the Europa League on Wednesday.

In a Matchday squad announced by the club subsequently, John Yeboah has been named amongst the list of attackers, putting him in line to mark his debut for his new club tomorrow.

The 20-year old has already enjoyed a good pre-season with VfL Wolfsburg and should come in handy for Willem II if he gets to play.

Last season, the youngster spent the campaign in the Netherlands with VVV-Venlo. Out of the 18 appearances he made, John Yeboah chipped in with 1 goal and 1 assist in the process.