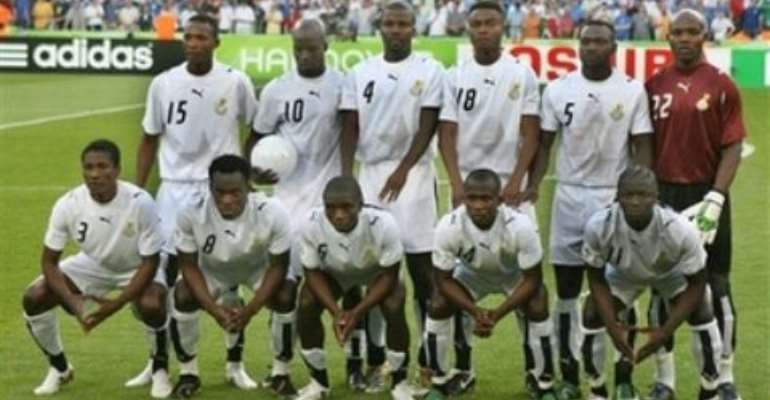 The Ghana Football Association has named a nineteen-man squad for the Black Stars' two international friendlies against Asian sides next month.

The Black Stars would first play Japan in Yokohama on Wednesday, October 4 then take on South Korea next in four days time in Seoul on Sunday October 8.

Both players featured in some games for the Black Stars in their build up to the World Cup in Germany.

John Mensah returns to the squad after injury ruled him out the Black Stars' last friendly.

Four players - Derek Boateng, Alex Techie Mensah, John Paintsil and Matthew Amoah who were part of the squad that played Ghana's last friendly against Togo would miss the matches against Japan and South Korea.

Matthew Amoah and John Paintsil are both are recuperating from injuries

The game would be the first for Frenchman, Claude Le Roy who was appointed Black Stars this month.

For both Asian sides, the game against Ghana forms part of their build up for their Asian Cup qualifiers.

Whilst Ghana host of the 2008 African Cup of Nations also use the friendly games to fine tune preparations for the tournament.

Ghana by virtue of being the host nation would not be taking part in the African Cup of Nations qualifiers.

The matches against the Asian sides would be the first for the yet to be appointed substantive coach for the Black Stars.