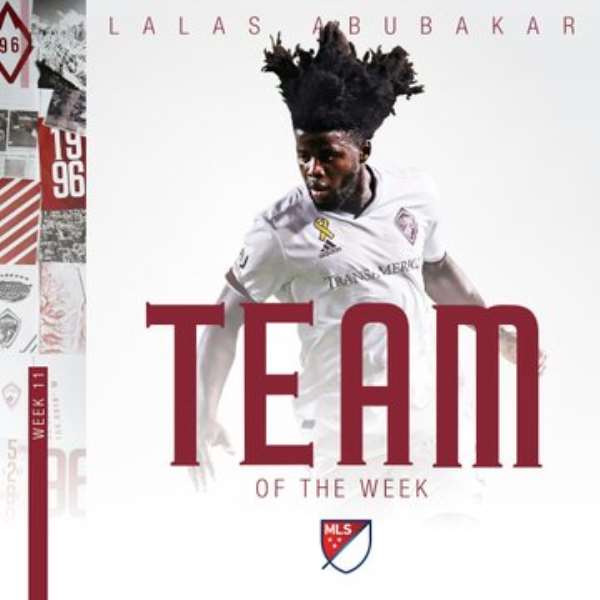 Ghanaian defender Lalas Abubakar has been named in the ‘Team of the Week’ of Matchday 11 of the ongoing 2020 Major League Soccer (MLS) season.

The former Ghana U-20 center-back has been in fine form since the start of the campaign and continues to perform whenever he is called into action for his Colorado Rapids outfit.

In the past week, Lalas Abubakar has featured in 2 matches for his team including a 1-1 draw against Houston Dynamo where he scored in stoppage time to earn a point for the side.

In the last match against Real Salt Lake over the past weekend, the 25-year old earned high marks on the back of a solid performance that helped Colorado Rapids to cruise to a 5-0 win.

Assessing the performance of players on the last Matchday, Lalas Abubakar has been selected for a spot on the ‘Team of the Week’.

He makes the back three of the team alongside Anton Tinnerholm and Mark McKenzie.

Below is the MLS ToTW for Week 11.