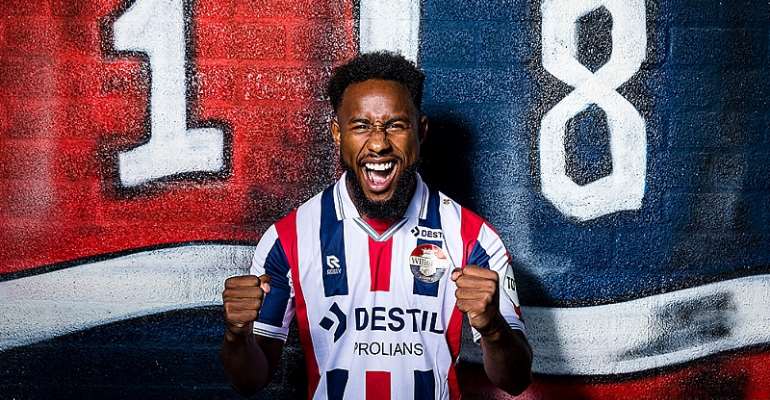 The exciting forward spent the 2019/2020 football season on loan at VVV-Venlo but returned to his parent club VfL Wolfsburg at the end of the campaign.

Having been chased by quite a number of clubs in the past couple of months, John Yeboah has today wrapped up a move to Willem II.

Below are pictures of John Yeboah in the colors of Willem II for the first time after completing his move.