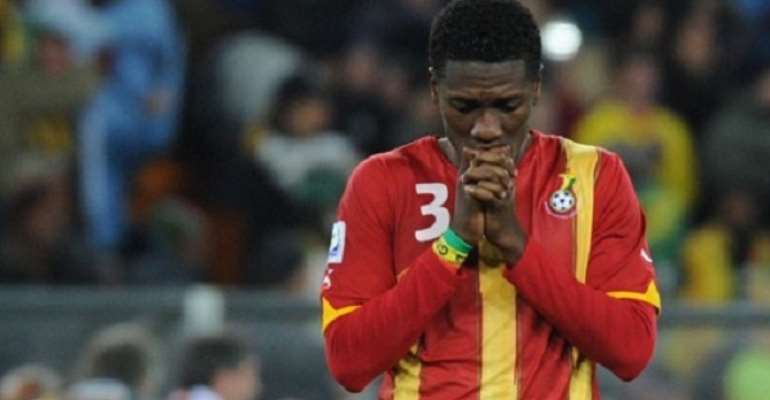 The forward has struggled to return to the Black Stars after the 2019 Africa Cup of Nations [Afcon] in Egypt.

Prior to the 2019 Afcon, Gyan was stripped of his captaincy by Kwesi Appiah where Andre Ayew was named as the substantive skipper.

CK Akonnor, who is now the head coach of the senior national team, Black Stars, have maintained Andre Ayew as the captain of the team with Thomas Partey and Richard Ofori as deputy captains.

This has called for doubts on the future of Gyan in the Black Stars.

In spite of that, Rev Osei Kofi has encouraged Asamoah Gyan to retire from national duties.

The Asante Kotoko legend insists with Gyan’s achievement for the country, he must save his name by taking a bow from the national team.

“Good name is better than riches and if Gyan will listen to me, he should quit the Black Stars because he is not the Gyan we use to know," he told Angel FM.

“I think he should honourably resign from the team to save his name,” he added.

Gyan remains the country's highest goal scorer with 51 goals and has played in several Afcons.

He was a key figure when Ghana qualified for its maiden World Cup appearance in Germany. in 2006. Gyan also played in the 2010 World Cup in South Africa where Ghana played in the quarterfinals for the first time in the history of the country.

The former Al Ain and Kayserirspor forward also played in the 2014 World Cup in Brazil.

He also remains Africa's highest goal scorer in the history of the World Cup with 6 goals.