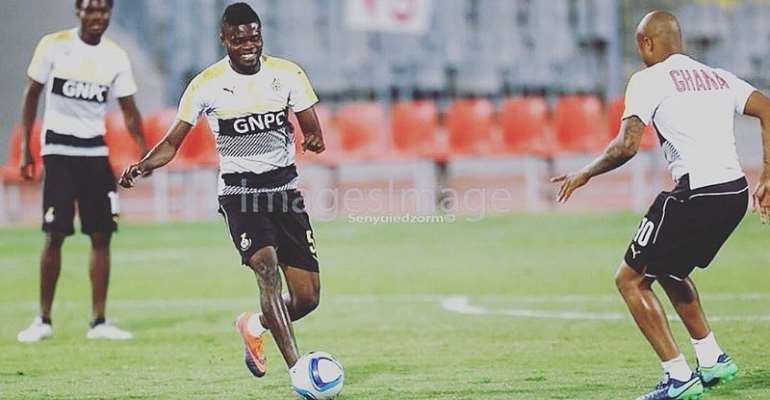 Andre Ayew, who was named as the captain of the team ahead of teh 2019 Africa Cup of Nations [Afcon] has been retained by CK Akonnor as the skipper of the side.

Thomas Partey and Richard Ofori have been appointed as the 1st and 2nd vice-captain of the team.

But the former Hearts of Oak centre back believes the new Black Stars leaders will need support to succeed.

"Captaincy isn't about the armband but the leadership qualities exhibited on the field of play," Johnson told Kumasi based Light FM.

"Back then, there were many long served big players but our coach chose Stephen Appiah which we weren't worried but rather gave him the support and he succeeded.

"That should be the order of the day, if we want the National Team to move forward, we need to support them for unity to reign," he added.

Johnson also pleaded that the country should not put pressure on the team in the 2022 Africa Cup of Nations.

Ghana are on a quest to end their 38 years trophy drought.

"The COVID-19 has rendered the players inactive. So there is no need for us to put pressure on the team but all the same, we have to do our best in this current situation. We should not relax and accept any outcome," he said.

"However, I think we shouldn't pressure them much to win at all cost. But in everything, there's a good side.

"We just have to hope the players pick up early," he added.