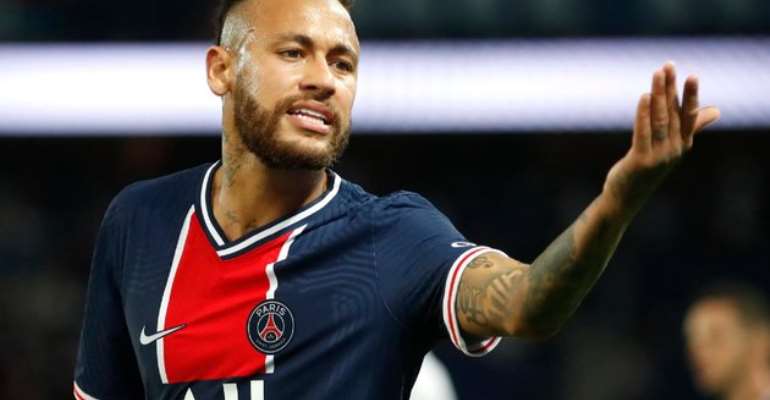 Paris St-Germain will "strongly support" their Brazilian playmaker Neymar after he said he was racially abused by Marseille defender Alvaro Gonzalez.

Neymar was the last of five red cards in Sunday's bad-tempered Ligue 1 match, sent off for hitting Gonzalez.

On Twitter, Neymar accused his opponent of racism and urged the authorities to use VAR to clarify matters.

Marseille have made a statement saying Gonzalez is not racist.

PSG said there was "no place for racism in society, football or in our lives".

In a short statement issued on Monday, the French champions said the club "looks forward to [French governing body] the LFP's disciplinary commission investigating and ascertaining the facts".

"The club remains at the LFP's disposal for any assistance required," the statement added.

Marseille's statement said: "Alvaro Gonzalez is not racist; he demonstrated it to us by his daily behaviour since joining the club, as his team-mates have already testified."

The statement warned of the "serious consequences" of the private telephone numbers of Gonzalez and his relatives being released on Brazilian media and social networks, which had led to "constant harassment, consisting in particular of death threats".

It added Marseille were "the very symbol of anti-racism in French professional sport, given its history and that of the city of Marseille, the diversity of its stands and the relentless struggle it leads always to eradicate this scourge".

The statement continued: "Its players demonstrate it in their daily commitment on and off the pitch."

Neymar and team-mates Leandro Paredes and Layvin Kurzawa, plus Marseille pair Jordan Amavi and Dario Benedetto, were dismissed after trouble broke out in added time following a shove by Paredes on Benedetto.

After his dismissal, Neymar informed the fourth official he had been subjected to racial abuse by Gonzalez and later wrote of the Spaniard: "Insulting and bringing racism into our lives no, I don't agree. I don't respect you, you have no character."

Gonzalez denied racism and accused Neymar of being a bad loser.

The LFP disciplinary committee will meet on Wednesday to examine all five red cards and will use reports from officials and match pictures to decide whether further disciplinary action is taken.