Lewis Hamilton Under Investigation For 'Arrest The Cops' T-Shirt 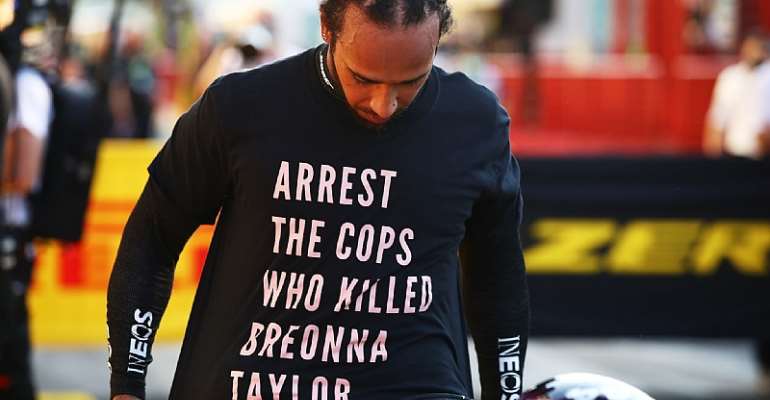 The FIA are investigating Lewis Hamilton for his T-shirt splashed with the message "arrest the cops who killed Breonna Taylor", which he wore before and after his win at the Tuscan Grand Prix on Sunday.

The words "say her name" and a photograph were on the back of Hamilton's shirt.

A spokesman for governing body the FIA said the case was "under active consideration". 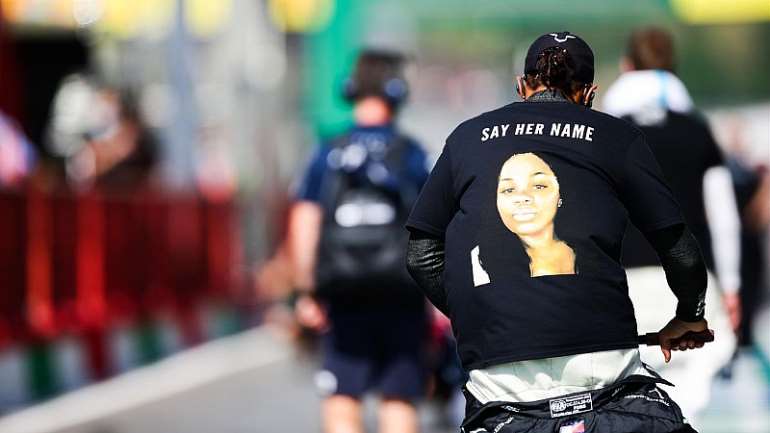 One police officer involved was fired by the city's police department in June. Two other officers have been placed on administrative reassignment. No criminal charges have been filed against any of the three.

"It took me a long time to get that shirt and I've been wanting to wear that and bring awareness to the fact that there's people that have been killed on the street and there's someone that got killed in her own house, and they're in the wrong house, and those guys are still walking free," Hamilton said after the race at Mugello.

"We can't rest, we can't... we have to continue to raise awareness with it."

US Open champion Naomi Osaka wore a face mask with Taylor's name on it - one of a series of masks she wore on her way to the title - and Hamilton called her an "inspiration".

"I think she's an incredible inspiration with what she's done with her platform. I think we just have to continue to push on the issue."