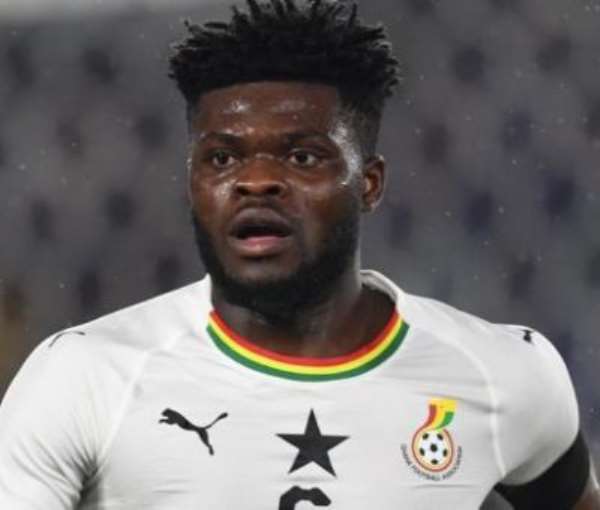 A grateful Thomas Teye Partey has described his selection as the vice-captain of the Black Stars team as a big honour.

On Sunday, the Ghana Football Association (GFA) through a communique on its website announced that coach C.K Akonnor and his technical team members have decided on players that will be playing the captain’s role during the team’s AFCON and FIFA World Cup qualifiers.

“The Technical team of the senior national team, the Black Stars, upon a broad consultation, has maintained Andre Ayew as Captain of the side.

In a statement from Thomas Partey released by his PRO Samuel Zigah on Monday, the Atletico Madrid star has noted that it is a big honour to be selected for the leadership role.

“It is a big honour to be chosen for this position in the national team. Thanks to the technical team for making me one of the leaders of our beloved national team”, the sought-after midfielder said.

He further congratulated the other captains and pledged his readiness to continue working for his motherland.