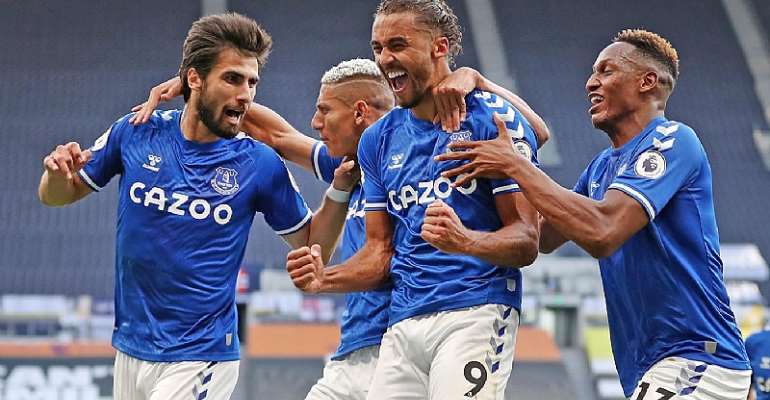 Everton's 1-0 win at Tottenham Hotspur on Sunday sent a strong signal that Carlo Ancelotti's side really might be finally able to make a real push towards the top six – but it also showed the astuteness and bravery of the Italian coach.

A trend has been established in recent years where managers gradually ease in close-season signings, giving them a taste of action from the bench for a few weeks before finally handing them a starting place.

So on Sunday, there was some surprise when Ancelotti named all three of his big summer signings in the starting line-up at Spurs.

For once, the 'new look' to the team was evident right from the start and Ancelotti's trust in his new players to make an impact even without weeks of training together and 'gelling' paid off handsomely.

Leeds United were widely praised for the way they took on Liverpool at Anfield in their thrilling 4-3 defeat and, while understandably much of the focus was on the way Marcelo Bielsa's team operate as a collective, there were some outstanding individual displays.

None was more impressive than 30-year-old Polish midfielder Mateusz Klich, who capped his excellent performance with a brilliantly taken goal.

Klich's experience in England since his move from Dutch team FC Twente in 2017 has been entirely in the second-tier Championship with Leeds but he certainly looked at home in the top-flight, making a huge impact in central midfield against the champions.

One should normally be wary of pronouncements starting with "I know its only the first week of the season..." but the defeats for promoted Fulham and West Bromwich Albion certainly confirmed their status as favourites for the drop.

Fulham lost 3-0 at home to Arsenal and the Baggies suffered the same result against visiting Leicester City.

The performances and results will leave the fans of both promoted teams hoping there is going to be some intense transfer activity before the October 5 deadline.